The "two-finger" test is a preliminary examination done on rape survivors to verify sexual abuse, which has been termed as unscientific and banned by the Supreme Court. 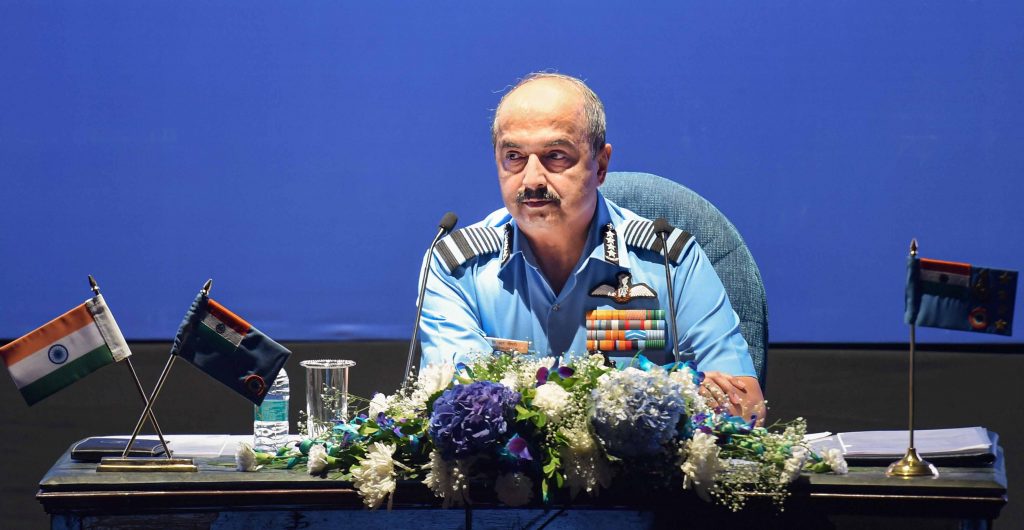 Reacting to rape allegation of a female officer at the Air Force Training Academy who claimed she was subjected to a 'two-finger' test, has been denied by the chief of the Indian Air Force (IAF) Air Chief Marshal VR Chaudhari.

The IAF chief on Tuesday said that no two-finger test was done in the case, which has sent shockwaves across India.

The female officer has claimed that she was forced to undergo the banned test and was questioned about her 'sexual history' in the same case she reported against her colleague.

The "two-finger" test is a preliminary examination done on rape survivors to verify sexual abuse, which has been termed as unscientific and banned by the Supreme Court.

The IAF Chief was quoted by the news agency PTI saying, "No two-finger test was done...Disciplinary action will be taken based on the report of the inquiry."

Days after the accused officer was arrested, the 29-year-old Flight Lieutenant will be tried under the Court Martial Act, a court in Tamil Nadu's Coimbatore judged Thursday.

The case was then handed over to the India Air Force (IAF).

The court permitted the air force to proceed with the case against its officer, in wake of a spat between the IAF and the Tamil Nadu Police.

The National Commission for Women on Thursday in a statement said that the commission has raised the issue with the IAF and it is “utterly disappointed”.

“Strongly condemns the action of Indian Air Force doctors conducting the banned two-finger test on the victim, thereby violating the Supreme Court's decision and also violating the right to privacy and dignity of the victim,” the statement read.

The IAF had moved to a court in Coimbatore to allow the court for a court-martial against the flight lieutenant who is continuing serving as an officer and requested the Tamil Nadu police to not lodged him in jail.

On September 26, after the female officer lodged a complaint the IAF officer was arrested by an all-women team of Tamil Nadu Police.

The accused officer is native to Durg district, Chhattisgarh and was at the training academy to attend the induction programme, it is at that time when he committed the crime.

The officer said, that some officers who were aware of the sexual assault even forced her to take back the complaint.

According to the FIR, the complainant said that she was raped at her quarters by the flight lieutenant on 9 September when she was sleeping after taking medication for an injury.

“I was feeling sick, my trauma intensified by the authorities’ attitude and knowing the fact that my rapist was going to walk free. I had a panic attack around 02 30 hrs and had to be taken to the AFH. I was administered pills as I could not sleep and was having great trouble breathing. I was given a day’s rest…,” she said in her FIR statement.

Unsatisfied with the lack of action by the IAF, the officer was forced to go to the police.

She has also alleged that her senior officers pressured her to withdraw the complaint and was made to sign a letter with changes in it, which she refused to sign.

A case of sexual assault against the IAF officer was registered under section 376 at the Gandhipuram Police Station in Coimbatore.