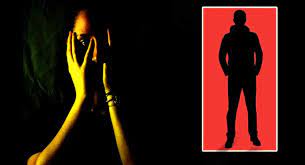 The victim claimed after the medical examination she was forced to relive the sexual assault trauma.

A female Air Force officer has alleged harassment against a 29-year old male colleague, a Flight Lieutenant. The accused has been arrested on Sunday in Coimbatore, Tamil Nadu on rape charges.

According to her statement, she was subjected to the now-banned and intrusive two-finger test by the Indian Air Force (IAF) doctors. In the past, the use of such a practice was met with widespread outrage as it was unscientific and also violated the survivor’s right to privacy.

In her police complaint, she also alleged that her “sexual history” was questioned.

The female officer who was at the Air Force College for training said the assault occurred in her room at the Coimbatore Redfields.

The officer said that IAF’s inaction on her original complaint led her to complain about the local police. She also said that she was made to withdraw her complaint twice and once was asked to sign a letter with changes made, which she refused to sign.

Also Read: Is India on its way to becoming the rape capital of the world?

The Air Force issued a statement saying: "The IAF is cooperating with the police investigation and is also conducting an internal inquiry. We cannot comment any further as the matter is subjudice."

According to the initial investigation that was performed by an all-women team from the city’s Gandhipuram police station, a sexual assault case was registered under section 376.

The accused is a 29-year old Flight Lieutenant, who was visiting from Chhattisgarh to train at the Air Force Facility near Race Course.

Coimbatore police arrested him even though his lawyer objected saying, “the Coimbatore Police don't have powers to arrest an Air Force officer, the only military procedure ought to be followed". The accused has been remanded for two days by the court.

Coimbatore Commissioner of Police Deepak M Damor told NDTV, "There is no provision in (the) law to transfer an FIR to the Air Force. Police will complete the investigation and file a report before the court."

The two-finger test by the Indian Air Force doctors has been taken into cognisance by the National Commission for Women. The chief of NCW, Rekha Sharma has written to the Air Chief Marshal to look into the matter.

The two-finger test was banned by the Supreme Court in 2013 and the woman officer in her complaint said that she was unaware of the SC ruling.

The top court in 2013, in the case of Lilu@Rajesh and Anr v. State of Haryana, held that the two-finger test is unconstitutional and the practice must be stopped. The court observed that the previous sexual incident that happened with the victim should not be taken into account or considered while determining the consent or the quality of the consent given by the victim.

The test has been described by the SC as hypothetical and opinionative.

In 2014, the Union Ministry of Health devised new guidelines for rape victims, in which every hospital should have a separate room for medical and forensic examination of the victim. Under the purview of the guidelines, the two-finger test was abolished terming it to be unscientific, as they alone cant reveal the truth.