“It wasn’t done to hurt anyone's sentiments or anything for that matter. However, if I have hurt anyone or they think that I don’t respect their culture. I am sorry,” wrote the Pakistani model. 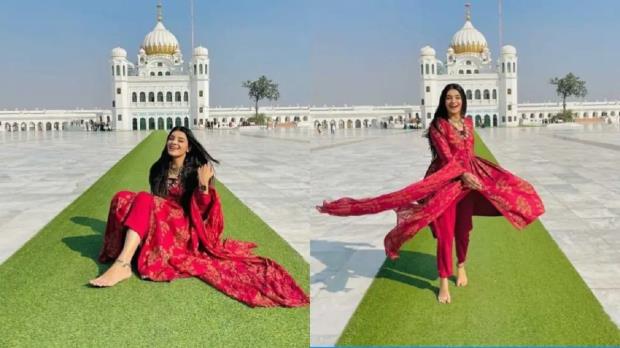 Later, when many Sikh politicians pointed out the bareheaded pictures of the model, Sauleha deleted the pictures and apologized for the act. Sauleha apologized and wrote that she did not want to hurt the sentiments of any community.

Also Read: ‘We here to Win’: Deepika-Ranveer starrer most awaited trailer of 83 World Cup out now

“Recently I posted a picture on Instagram that was not even a part of a shoot or anything. I just went to Kartarpur to learn about the history and know about the Sikh community. It wasn’t done to hurt anyone's sentiments or anything for that matter. However, if I have hurt anyone or they think that I don’t respect their culture. I am sorry,” wrote Sauleha.

The clothing brand also shared a statement, which read, “The pictures posted on our accounts are NOT part of any shoot done by Mannat Clothing. These pictures were provided to us by a third-party (blogger) in which they were wearing our dress. Please note that Mannat has absolutely NO role in deciding how and where the pictures were taken”.

“However, we accept our mistake that we should not have posted this content and we apologize to every single person who was offended by this. All the holy places are very sacred to us. The pictures and posts have been removed from all our media channels. Again, we apologize wholeheartedly for hurting the public sentiment. Believe us when we say we had no such intention”.

This may be noted that, on Monday, Pakistani Police started the investigation against the Pakistani model and the clothing brand for hurting the religious sentiments of the Sikh community.