The International Monetary Fund (IMF) expects India's inflation rate to come down to the 4 per cent range in the next financial year with additional monetary tightening from being above the Reserve Bank's target of 6.9 per cent. 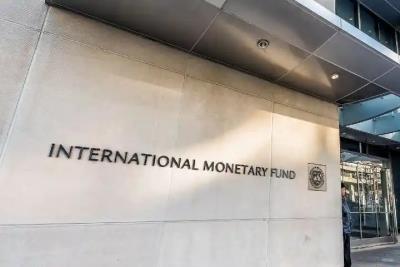 The International Monetary Fund (IMF) expects India's inflation rate to come down to the 4 per cent range in the next financial year with additional monetary tightening from being above the Reserve Bank's target of 6.9 per cent.

Daniel Leigh, the IMF's head of World Economic Studies Division, said at a news conference on Tuesday, "We do expect that inflation will come back into the inflation tolerance band 4 per cent in fiscal year 2023-2024, and additional monetary tightening is going to ensure that that happens."

IMF's chief economist Pierre-Olivier Gourinchas said, "Inflation is still above the central bank target in India at 6.9 per cent (that) were projected for this year and coming down to 5.1 per cent".

"So, the overall stance of policy within that fiscal and monetary policy should probably be on a tightening side," he added at the release of the IMF's World Economic Outlook (WEO) report.

According to the IMF, the global inflation rate is projected to be 8.8 per cent this year and come down to 6.5 per cent next year.

Overall, Gourinchas said, "India has been doing fairly well in 2022 and is expected to continue growing fairly robustly in 2023".

"We have a growth rate at 6.8 per cent for this year and the projection is at 6.1 per cent for next year," he said.

Explaining the downward revision of India's growth rate for the current fiscal year by 0.6 per cent from the 7.4 per cent projection made in July, he said, "It's mostly due to the external outlook as well as tighter financial conditions, and the growth revision for the first quarter of the fiscal year that came in weaker than previously expected."

Despite the downgrade, India is still the world's fastest-growing major economy.

The IMF projected the global growth rate is projected this year to be only 3.2 per cent and 2.7 per cent next year.

"The worst is yet to come," Gourinchas said, warning of a looming recession.

He said, "We are expecting about a third of the global economy to be in a technical recession."

He attributed it to the three largest economies, the US, China and the Euro Area continuing to "stall".

According to the IMF, the high interest rate was contributing to the slower growth in the US, the rising energy prices in Europe and the Zero Covid policy in China where lockdowns are still being imposed in some regions and the crisis in the property sector.