“These raids should be stopped immediately and the media should be allowed to work freely," said Delhi CM Arvind Kejriwal. 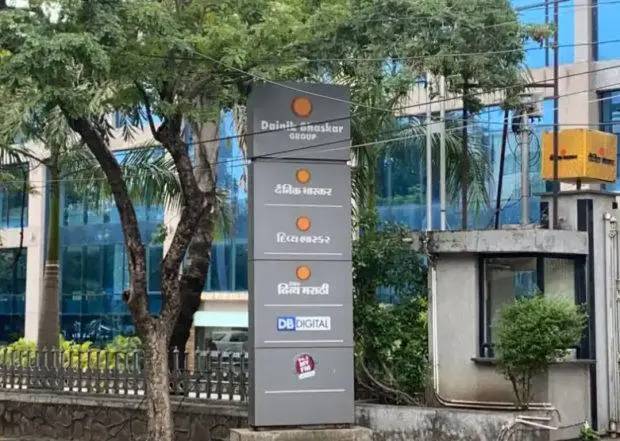 Several offices of Dainik Bhaskar were raided across the country by the income tax department on Thursday, said sources.

The premises of Dainik Bhaskar in Delhi, Madhya Pradesh, Rajasthan, Gujarat and Maharashtra were searched by the officers.

“The Income Tax Department is conducting searches on Dainik Bhaskar Group. Searches are going on in connection with a tax evasion case, at multiple locations including Promoters' residences and offices,” said sources.

According to early inputs, the raid is seen as a major one and it is reported that it is carried out in a joint operation with the Enforcement Directorate.

Meanwhile, the phones of all the employees present in Bhaskar's office have been confiscated and no one is allowed to go out.

One of the county's largest newspapers groups, the Dainik Bhaskar has been at the forefront of reporting the devastation of the second wave of Coronavirus pandemic. Most of its reports and coverage have had a critical outlook towards the official's claims during the pandemic.

The media group put out series of reports that claimed that India was dying due to the lack of medical oxygen, hospital beds and vaccine. Dainik Bhaskar also exposed the truth behind the grisly sight of Covid victims’ bodies floating in the Ganga River.

Many political leaders criticized the raid on the offices of the media giant. Delhi Chief Minister Arvind Kejriwal reacted and stated that these are the attempts to scare the media.

He tweeted, “Their message is clear that whoever speaks against the BJP government, they will not be spared. Such thinking is very dangerous. Everyone should raise their voice against this.”

He continued, “These raids should be stopped immediately and the media should be allowed to work freely.”

She further wrote, “I strongly condemn this vindictive act that aims to suppress voices that bring out the TRUTH. It's a grave violation that undermines the very principles of democracy. Urging everyone in the Media to stay strong. Together we shall never let the autocratic forces succeed!”

Rajasthan Chief Minister also joined the thread and lambasted the tax raids at the Dainik Bhaskar Group and Bharat Samachar office. Rajasthan CM Ashok Gehlot said, “Income Tax raid on Dainik Bhaskar newspaper & Bharat Samachar news channel is a brazen attempt to suppress the voice of media. Modi government cannot tolerate even an iota of its criticism. Due to its fascist mentality, the BJP doesn't want to see the truth in a democratic setup.”