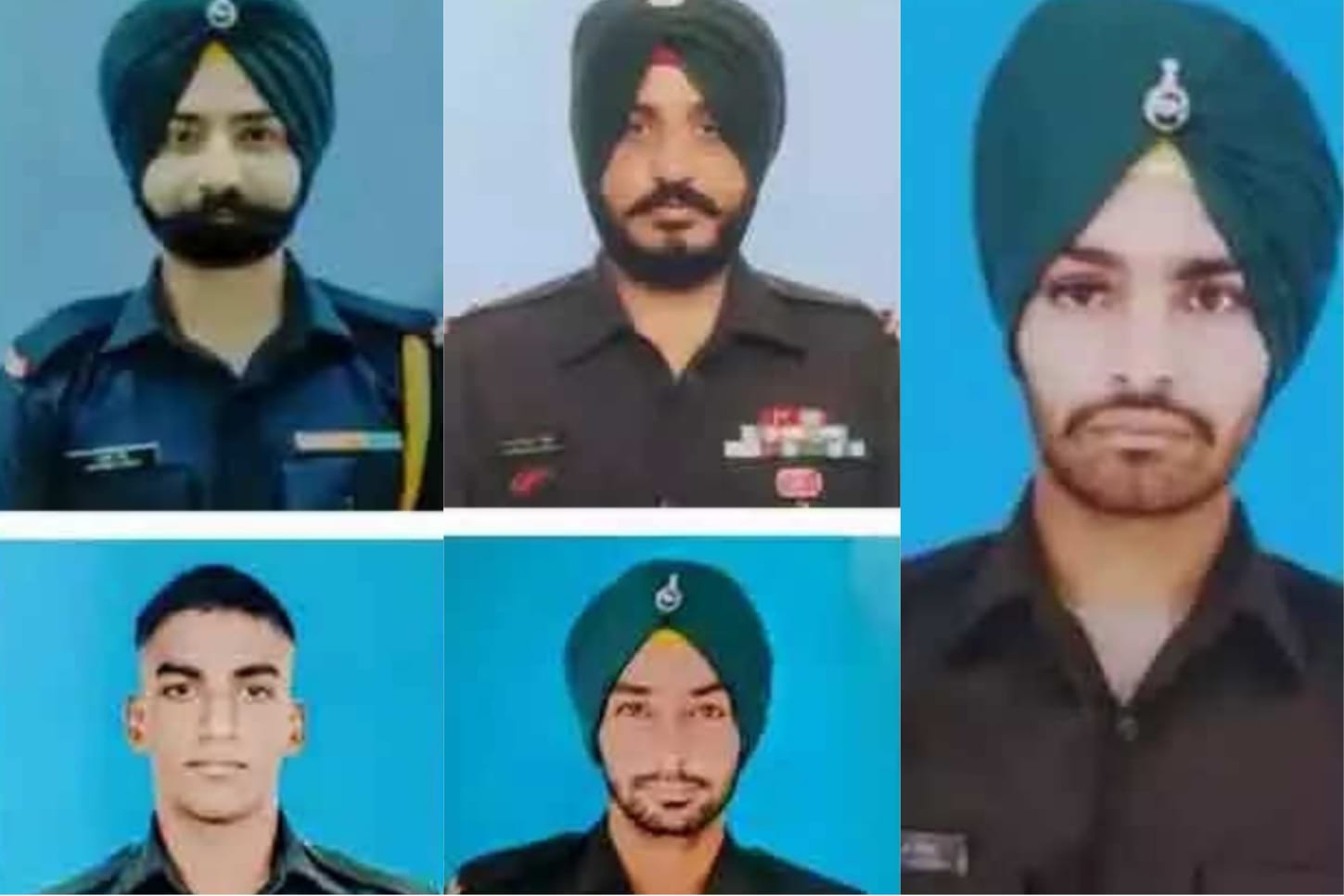 As many as five Indian Army soldiers martyred defending the country and its citizens from terrorists on Monday. On Sunday night, a massive combing operation was undertaken in the Pir Panjal valley's Surankote-Shahadra belt, but the search party came under heavy fire from hidden militants who may have entered recently from the Poonch district's Line of Control.

"The Army launched a cordon and search operation in villages around DKG [Dera Ki Gali] in the Surankote area of Poonch on Monday based on intelligence inputs. One JCO and four jawans were critically injured in the ensuing fighting. They were taken to a nearby medical facility but died as a result of their injuries,” informed Army spokesperson Lt. Col. Devender Anand.

The families of the deceased are inconsolable, however, holds great pride in national heroes.

Jaswinder Singh came from a family of soldiers who has dedicated their life to serving the Indian Army. He was a resident of Punjab's Kapurthala.

Singh served in the 4th Mechanized Infantry as a Naib Subedar (JCO). He had joined the Sikh Infantry's Unit 4 and was now allocated in the 16 Rashtriya Rifles.

Jaswinder's father and brother also served in the military. Due to illness, the father, who retired from the rank of Captain, died a month ago. At the same time, Rajinder Singh, his elder brother is a retired Naib Subedar.

His mother remarked, "I am proud of my son Jaswinder's martyrdom."

"We should get inspired from him," said his younger brother while talking to a reputed media outlet.

Where the entire family is sad but proud, Jaswinder Singh’s wife Sukhpreet Kaur is inconsolable and in shock. They two had gotten married about 14 years ago had two children- 11-year-old daughter Harnoor Kaur and 13-year-old son Vikramjit Singh.

Sukhpreet, the 35-year-old widow, couldn't believe her husband was no more. She kept saying that Jaswinder would come and take her to Jammu and Kashmir.

Mandeep Singh served in the 16 Rashtriya Rifles as a Naik. He was married to Mandeep Kaur and has two sons- a year old and another just 39 days. He lived in Chatta Kalan village in the Gurdaspur district of Punjab.

In December 2011, Mandeep joined the military. He would have celebrated his birthday on October 16th if he had been around.

When the wife learned of her husband's martyrdom, she broke into tears and fainted several times while crying.

He had been a member of the 23 Sikh Regiment for seven years. Gajjan's mother, Malkit Kaur is unwell and thus the news of her son's martyrdom was concealed from her.

Harmeet Kaur, his wife had talked just two days ago with him. The martyred braveheart was planning to visit home on October 13.

Saraj Singh, a 16 Rashtriya Rifles officer was from Akhtiyarpur Dhaukal village in Uttar Pradesh's Shahjahanpur district. Both of his brothers are in the army.

Saraj married in the year 2019. He had joined the army in 2016. The news of Saraj's martyrdom was given to his elder brothers -Sukhbir Singh and Gurpreet Singh on Monday.

Sukhbir, a member of the 6 Rashtriya Rifles, said they are preparing to be deployed on the border and will avenge their brother martyrdom.

Sipahi Vaishakh, a Kerala resident was his family's sole breadwinner. He lived in the village of Odanavattam in the Kollam district. The 24 year old was deployed in the 22nd Mechanical Department of 16th Rashtriya Rifles.