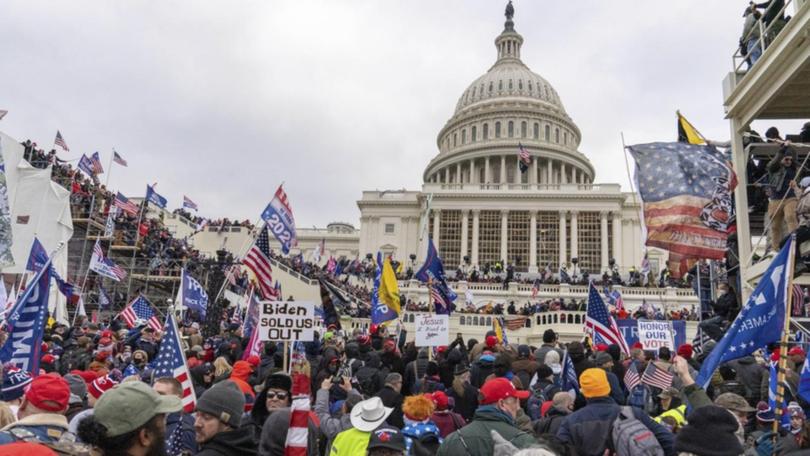 An  "outside, independent" commission will be established by Congress to investigate the US Capitol Hill building violence that was unleashed by Donald Trump supporters on January 6, said US House Speaker Nancy Pelosi. "We must get to the truth of how this happened," she said.

Pelosi in a letter to the legislators said that the commission would be formed to inquire just like that of the 11 September 2001 attacks on New York and the Pentagon as well.

The US Senate has cleared former President Trump of charges of instigating violence, but the Democrats and some Republicans lawmakers are in support of an independent probe into the riots. Five people including policemen and one woman had lost their lives during the riots.

“The commission would investigate and report on the facts and causes of the attack, the interference with the peaceful transfer of power and the preparedness and response of both the Capitol police and other branches of law enforcement,” said Pelosi.

She also informed that Congress needs more funding to provide safety and security of the Capitol.

Trump had sustained his second impeachment trial on Saturday after Democrats failed to obtain two-thirds majority which was required to convict him of the violence. He is the only president in the history of the United States to have faced the impeachment process twice.

The senior Republican in Congress, Senator Mitch McConnell, had voted against punishment on constitutional grounds," President Trump is still liable for everything he did while he was in office, he said, adding Trump cannot go away with everything.

However, Trump was voted “responsible” for the assault on the Capitol by many lawmakers.

Other US Senators have backed the independent examination of the riots, including a close aide of Trump Senator Lindsay Graham, who told Fox News that the former president is still guilty and added that his behaviour after the election was over the top.

"We need a 9/11 commission to find out what happened and make sure it never happens again,” Graham said.

What happened on January 6?

Thousands of Trump supporters stormed the US Capitol Hill building on January 6, 2021, creating massive ruckus inside the premises, clashed with the police, vandalised property, seized the inauguration state and occupied the building.

Notably, the riots occurred moments after Donald Trump urged his supporters to protest against what he claimed to be a "stolen" election.

Five people died during the violence at the Capitol building - four protesters and a police officer. The last time the Capitol was stormed was when British troops marched into Washington and set fire to the building in 1814.

The horrific attack prompted the House Democrats to move to impeach Trump. The Senate trial that ended this weekend acquitted Trump.

Ever since the incident, Trump has been banned from all major social networks for an indefinite period.