The latest round of IANS CVoter Live Tracker has thrown up some interesting takeaways. 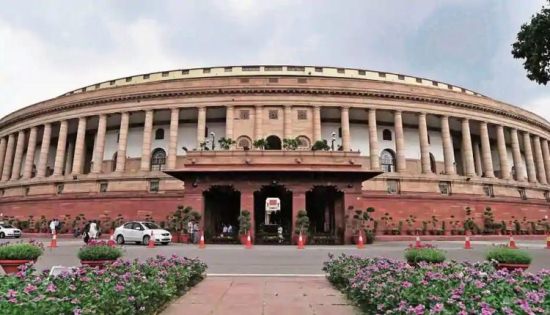 The latest round of IANS CVoter Live Tracker has thrown up some interesting takeaways. The top line findings suggest that India wants young and dynamic ministers and governors.

Two days after the major Union Cabinet reshuffle, which saw the induction and promotion of several young leaders to the Cabinet rank with important portfolios in the Modi government, the IANS CVoter Live Tracker revealed that a large number of Indians believe that a young India needs young politicians and a younger Cabinet.

While 45.5 per cent of the respondents interviewed in the survey posed trust in young and dynamic politicians, 41.5 per cent said that India needs a combination of young and experienced leaders for better governance.

The remaining respondents were not sure if young politicians or a combination of young and experienced leaders in the government can lead the country to a better future.

In the same survey, majority of the respondents said that present generation of young leaders has the potential to emerge as national leaders on the political landscape of the country.

Similarly, the IANS CVoter Live Tracker further revealed that that majority of Indians believe that retired politicians don't make good governors and the government should appoint young and dynamic leaders in the post different states.

According to the survey data, while 51 per cent felt that younger leaders will be able to do justice with the post of governor, as compared to retired politicians holding charge of Raj Bhawans, 37.6 per cent opined that a combination of young and experienced politicians will be a better choice for the post.

The remaining respondents didn't have any opinion on the issue.

The IANS CVoter Live Tracker conducted amid the ongoing faceoff between the Central government and Twitter over the IT Rules revealed that a whopping majority of Indians feel that India should crackdown on Twitter for not complying with the country's laws.

India opening too fast, too soon

As Prime Minister Narendra Modi expressed concern over huge crowds witnessed in the markets and public places in different cities, especially in the hill stations, flouting Covid norms, majority of Indians believe that the unlock process in the country is taking place too soon and at a very fast pace.

In the IANS CVoter Live Tracker, while 53.3 per cent respondents said that India is opening too fast, too soon and the government should bring in necessary restrictions to avoid huge gatherings, 34.3 per cent felt that it is the right time to open markets and public places for the general public.

The remaining respondents were not sure if the unlocking procedure is too fast and too soon.

Kerala could emerge as epicentre of third Covid wave

As Kerala struggles to bring down Covid cases in the state, a large number of Indians believe that the southern state could be the epicentre of a possible third Covid wave in the country.

As per the survey data, while 45.9 per cent respondents said that Kerala is finding it difficult to bring down Covid cases and the state can emerge as the epicentre of the deadly disease, 35.9 of those interviewed felt that things will come under control in the state and it is very unlikely that a third Corona wave will start from Kerala. The remaining respondents were not sure if things will get under control in Kerala.

Majority of Indians are taking due precautions by wearing mask whenever they step out after the deadly second Covid wave engulfed the country in April-May, even though the number of Covid cases have significantly gone down in the country since then.