India not to send hockey teams for 2022 Commonwealth Games

The Indian hockey teams have officially pulled out of the 2022 Commonwealth Games citing, among other issues, the Covid-19 situation in the UK and the close break between the CWG and Asian Games in China. 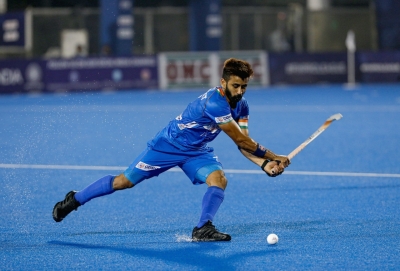 The Indian hockey teams have officially pulled out of the 2022 Commonwealth Games citing, among other issues, the Covid-19 situation in the UK and the close break between the CWG and Asian Games in China.

IOA president Narinder Batra had raised the issue regarding there not being enough time between the Commonwealth Games in Birmingham from July 28-August 8, 2022, and the Asian Games to be held in Hangzhou, China from September 10-25, 2022. With Covid-19 protocols in force and there being no indication that the same will not be there during the Games, Hockey India has decided not to send its teams to England as the Asian Games is also a qualifying event for the next Olympics in Paris in 2024.

Pointing out that they "have observed over the last 18 months that England has been the worst affected country in Europe" by the global Covid-19 pandemic and the travel restrictions imposed by the UK government against Indians travellers, Hockey India said they don't want any of its players to get infected by the virus as there is only a short period of window between the events for someone to recover.

"As you are aware that the Commonwealth Games are scheduled in Birmingham, England from 28 July to 08 August 2022 and the Asian Games are scheduled in Hangzhou, China from 10 to 25 September 2022. There is only a 32-day window between the conclusion of the Commonwealth Games before the start of the Asian Games," said Ningombam in his letter addressed to IOA chief Narinder Batra.

The Hockey India president also raised the issue of the quarantine period for Indian travellers because the Indian vaccines are not recognised by the UK government, terming it discriminatory.

"It is pertinent to mention that due to the ongoing COVID-19 situation, England have issued guidelines that 10 days quarantine is required for Indian arrivals in England even for those who are fully vaccinated since unfortunately the Indian vaccinations are not yet recognized by the English government.

"Such discriminatory restrictions were not imposed on Indian athletes and officials during the recent Tokyo Olympic Games and this 10 days quarantine requirement for vaccinated sportspersons will affect their performances. We feel these restrictions are biased against India and term it as very unfortunate," said Ningombam in his letter.

Though Batra had raised concerns on the short window between the CWG and Asian Games -- because of the churning in international sports calendar due to the Covid-19 pandemic, earlier too, Hockey India's letter comes a day after England Hockey had pulled out its team from the upcoming men's Junior World Cup in Bhubaneswar.

The IOA and the Birmingham 2022 Commonwealth Games organising committee have earlier clashed over their latter's decision to not include shooting in the programme. India had tried to host the shooting and archery events at Chandigarh next year but dropped the plan after the Commonwealth Games Federation (CGF) indicated that the medals won at the Chandigarh event won't be added to the Birmingham tally.