While Virat Kohli will be leading the side, the team was selected by Sunil Joshi-led five-member selection panel. The panel recalled India all-rounder Hardik Pandya and opener Shikhar Dhawan in their first task since appointment. 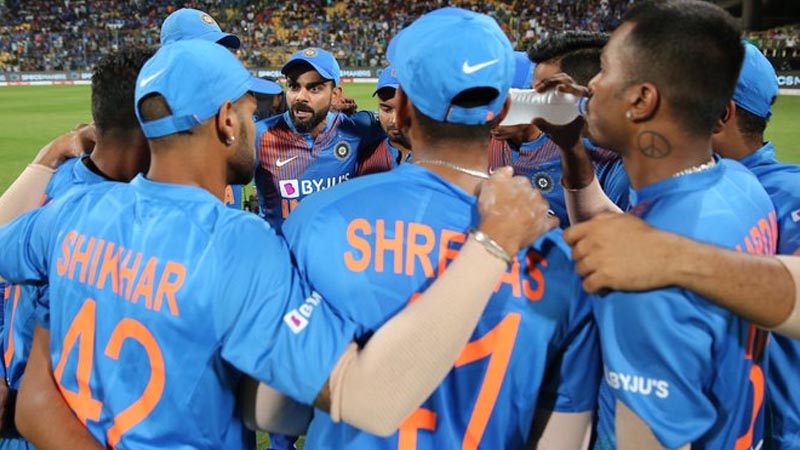 The Board of Control for Cricket in India (BCCI) on Saturday announced 15 men squad for the 3-match ODI series against South Africa, scheduled to be played between March 12 and 18.

While Virat Kohli will be leading the side, the team was selected by Sunil Joshi-led five-member selection panel. The panel recalled India all-rounder Hardik Pandya and opener Shikhar Dhawan in their first task since appointment.

Pandya underwent back surgery in October 2019 and hasn't played international cricket at all since the third T20I against South Africa in Bengaluru in September last year. Recently, Pandya in the DY Patil T20 tournament, smashed scores of 46, 105, 38 and 158*.

"He is fit and is set to return to the national team. Having first undergone rehabilitation at the National Cricket Academy and now his performance in the T20 tournament has pretty much made it clear that he is fit to return to the fold," the source said.

Shikhar Dhawan, who had sustained a shoulder injury during the ODI series against Australia, was back in action in the DY Patil tournament in Mumbai.

Also Read: International Women's Day: 103-years-old Mann Kaur receives the 'Nari Shakti Puruskar' from the President. Who is She?

Get the latest update about Indian Squad For South Africa Series, check out more about Shikhar Dhawan, India Vs South Africa, Sports News & Hardik Pandya Back In team