Contestant Ashish Kulkarni is the most recent contestant to be eliminated from Indian Idol 12, which is nearing the end of its run. Many people were angered with his eviction, calling it a "unfair decision.”

Legendary Bollywood vocalist Asha Bhosle appeared on the show's Sunday broadcast. The final few contestants put on some spirited performances in this episode.

To keep the excitement continuing, the makers also revealed the trophy. During this time, Ashish Kulkarni was eliminated, and many people expressed their disappointment on Twitter. Instead, they believed Shanmukhapriya should have been ousted.
Also Read: 'Nick Jonas to divorce Priyanka Chopra in next 10 years', predicts KRK, gets brutally trolled

Ashish Kulkarni has also posted his last feelings on Instagram on his final day at Indian Idol. 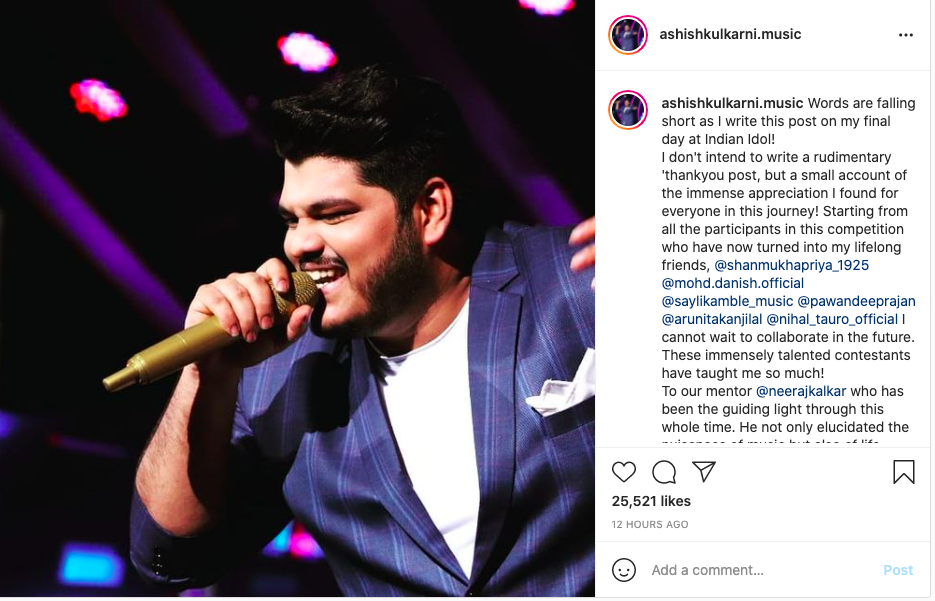 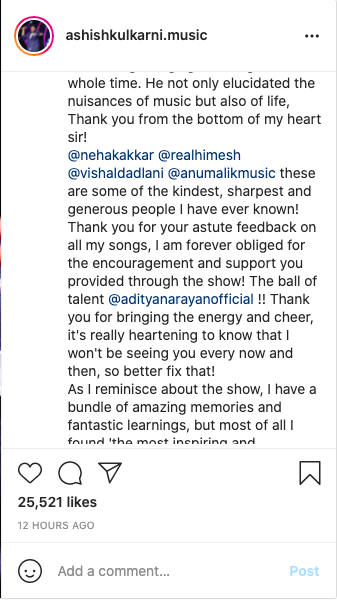 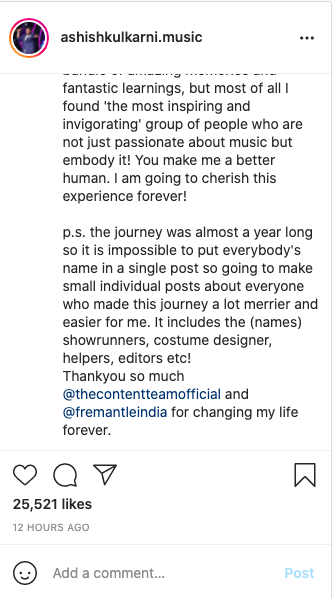 One user wrote, "Another unfair eviction!! How can they eliminate such a versatile singer like #AshishKulkarni !!! He is a fabulous singer yaar!! #IndianIdol.”Another tweeted, "#AshishKulkarni is a versatile singer. He sang almost all genre songs not like #ShanMukhPriya who sings in the same genre. Elimination of Ashish is unacceptable #IndianIdol.”

Take a look at some of the tweets: 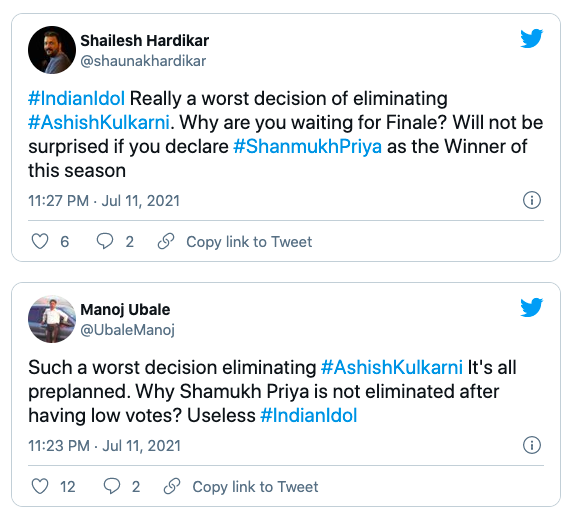 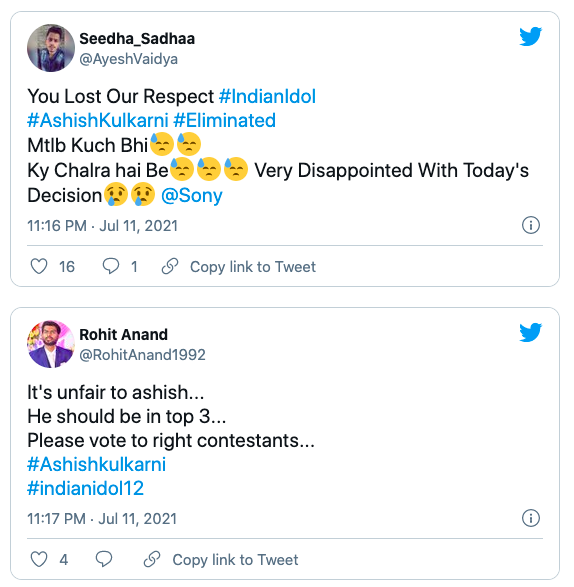 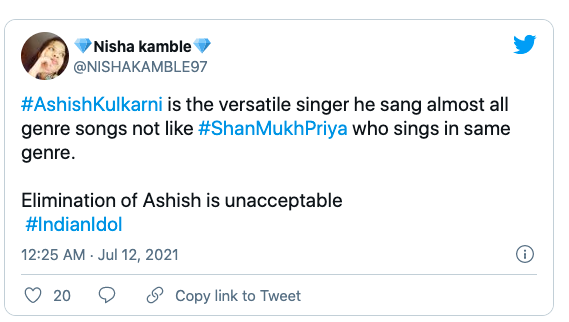 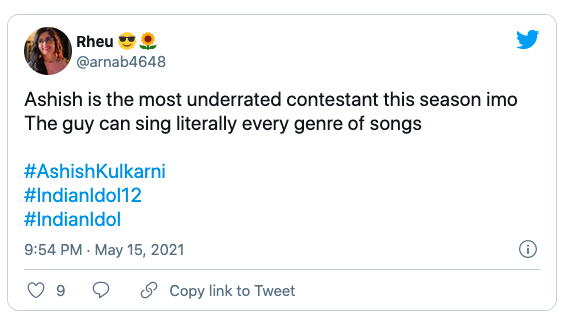 Several people were disappointed even after Sawai Bhatt was eliminated.

Pawandeep Rajan, Arunita Kanjilal, Shanmukhapriya, Sayli Kamble, Mohammad Danish, and Nihal Tauro are currently in the running for the trophy as the finale approaches.