Breastfeeding to children below the age of six months has improved at pan-India levels, showed the survey. 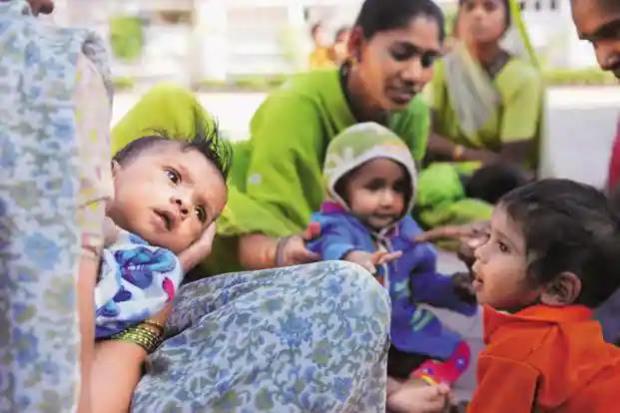 Anaemia remains the cause of concern among children and women. Over half of the women population, including pregnant women, are anaemic across the country. According to the new National Family Health Survey (NHFS- 5) data released on Wednesday though India has made progress in controlling the population and immunising children, major measures are required to address anaemia.

The data also marked that despite the sturdy increase in the composition of iron folic acid (IFA) tablets by pregnant women for 180 days or more, they and their newborns are still anaemic.

The data also showed India’s Total Fertility Rate (TFR), meaning the average number of children per woman has diminished from 2.2 to 2, besides the Contraceptive Prevalence Rate has risen from 54% to 67%, which means that country’s population is stabilising.

A decrease in TFR was a huge achievement for India’s family-planning programme, said Poonam Muttreja, executive director of the Population Foundation of India, adding that these didn’t include coercive policies.

"These findings bust the population explosion myth and show that India must steer away from coercive measures of population control. The government must adopt a targeted social and behaviour-change communication strategy to ensure that men also take responsibility for family planning," she said. She further added that most programmes assume women to be the primary users of contraceptives. There is a lack of mediations that focus on improving male engagement in family planning, she said.

Also Read: Constitution Day 2021: What is it and why it is celebrated on Nov 26, click to know

There has been significant growth in several indicators related to fertility, family planning, age at marriage, but there were concerns regarding nutrition, gender-based violence and low levels of digital literacy among women, showed data.

In the findings, the survey also shows a substantial increase in institutional births from 79 per cent to 89 percent at the nationwide level. Still, institutional delivery is 100% in Puducherry and Tamil Nadu and over 90% in 7 States/UTs out of 12 Phase II States/UTs.

Apart from a rise in institutional births, the survey has found that there has also been a large increase in C-section deliveries in many States/UTs, particularly in private healthcare facilities.