"It is offensive to ask fully vaccinated Indians to quarantine,” tweeted Tharoor. 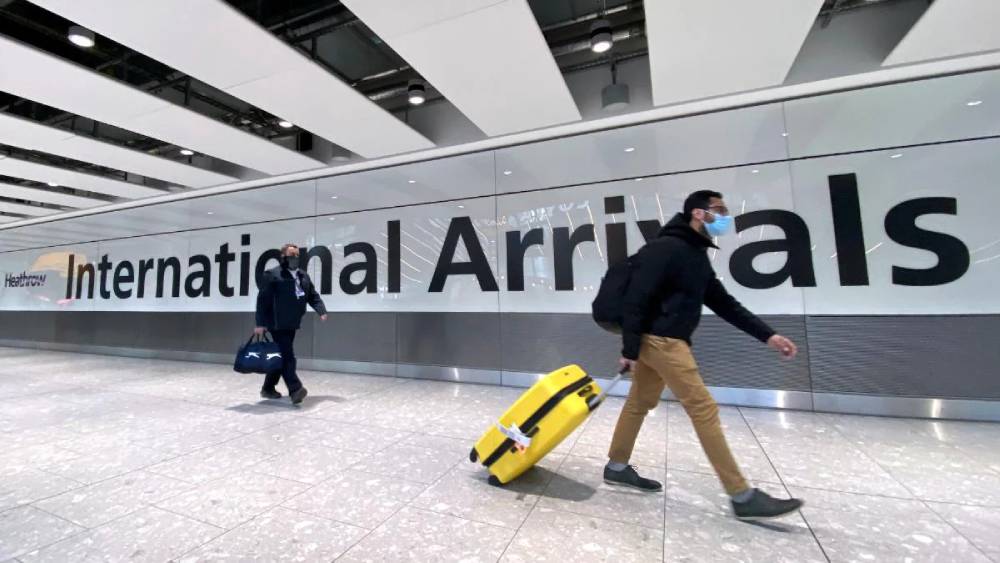 Indians are slamming UK’s new travel rules calling them "offensive" "bizarre" and "racist". Under the new international rules, vaccinated persons in India are not recognised as "fully vaccinated". The new rules mean that people vaccinated in India will have to undergo home quarantine for 10 days in the UK while the same doesn’t apply to people of other countries.

After receiving backlash by senior Congress leader Shashi Tharoor on social media as he withdrew from the Cambridge Union debate and his book launch events in Britain in a way to protest against the latest restrains, the UK taking cognizance of the matter has announced that it will engage with the Indian government to fix it.

"It is offensive to ask fully vaccinated Indians to quarantine,” tweeted Tharoor.

Rajya Sabha member Jairam Ramesh too had protested saying, "Absolutely bizarre considering Covishield was originally developed in the UK and the Serum Institute, Pune has supplied it to that country too! This smacks of racism."

Spokesperson of the British high commission said, "We are engaging with the government of India to explore how we could expand UK recognition of vaccine certification to people vaccinated by a relevant public health body in India."

Also Read: Explained: Why skilled Indians are moving to Canada

In a series of tweets, Rajya Sabha MP and a member of the Congress party said that Covidshield and Astrazeneca being administered in the UK are the same. Both are manufactured by the Serum Institute of India and are exported to several European countries along with the UK. Even though the vaccines have been approved by the WHO, the UK government's unwillingness to recognise fully vaccinated Indians as “discriminatory, racist and deserves the strongest condemnation”.

"A humiliation of India — the world’s largest vaccine manufacturer. Indian students & citizens are being harassed and fleeced for exorbitant tests. Urging @PMOIndia to take a stand against UK’s double standards & cancel the proposed India-UK trade talks," Sharma said on Twitter.

Under the UK’s new travel rules that were announced on 17 September that effectively replace the earlier system of red, amber and green. The new system would come into effect on 4 October and divide the countries into red and the rest of the world.

India falls under the category of “rest of the world” and entry into the country will be decided based on whether the individual is “fully vaccinated” or not. The red list will not be affected by the vaccination status.

Travellers who are “fully vaccinated” will no longer have to be home quarantined for 10 days, take a pre-departure test or need to take a day 8 Covid-19 test. The only requirement is to take a COVID-19 test on day 2 of arrival.

People vaccinated in India will not be treated under this new rule and will be considered “unvaccinated” as the UK government only recognises approved vaccinations programmes like that of the UK, Europe, the US or 17 other countries like Australia, Israel, Japan and Singapore.

India and Pakistan are not on the list and travellers from these countries have to home quarantine for 10 days, take a pre-departure test and take COVID tests on days 2 and 8, even if they are fully vaccinated.

Teaming the measures "bizarre", the National Indian Students and Alumni Union (NISAU) UK chairperson Sanam Arora said Covishield and the AstraZeneca vaccine both are the same drugs being administered to the UK residents.

"Students are disturbed by what they feel is a discriminatory move that means they are being treated differently to their counterparts from America and the EU," she added.

"These double standards are creating a lot of financial hardship and stress," he said.

"Quite something for the UK to take such a stance against so many countries’ vaccine rollouts… especially those countries administering the exact same vaccines as the UK," aviation analyst Alex Macheras wrote on Twitter.