As Agrawal adjusts to his new role, he is trending on Google searches. 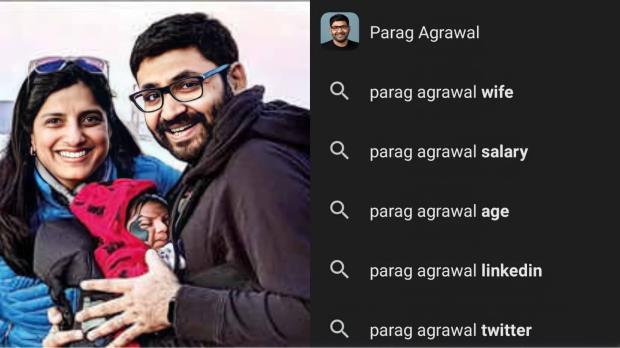 Indian origin Parag Agrawal has replaced Jack Dorsey as the Twitter chief executive officer. As the Bombay IITian takes top post, Indian are on cloud nine, spamming the new Twitter CEO and his wife. Not only this, the majority of Indians like ‘desi parents’ are interested in deets about Agrawal’s salary, his IIT rank and personal life.

As Agrawal adjusts to his new role, he is trending on Google searches. Meanwhile, Twitteratis made their way to Vineeta Agarwala's account. Here are some hilarious requests by desi in the most desi way.

Where one user says, “Bhabhi congratulations”, another writes, “Congratulations now you are the wife of official CEO of Twitter.”

Meanwhile, a Trump supporter says, “Tell your husband to restore @realdonaldtrump as he becomes CEO of Twitter.”

Another user wrote, "Why don't you do Twitter a real solid and grant reprieve to every account suspended over misunderstood 'offences' like DMCA violations and such. Instagram provide warnings--so helpful, considerate. You'd be in such good stead. Then consider edit functions and folder applications."

Meanwhile, some requested the new CEO of the free edit option.

"Please Parag, I beg you to give us a free edit option. Make it your first move as Twitter CEO, speaking on behalf of the world. Congrats!!"