The apex bank of India -- Reserve Bank of India (RBI) -- said it will soon commence pilot launch of digital version of Indian currency Rupee for specific use cases. 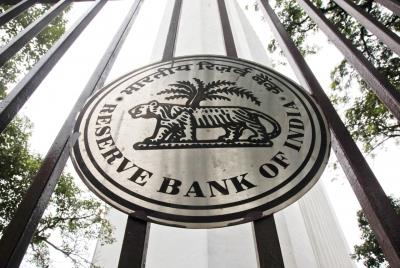 The apex bank of India -- Reserve Bank of India (RBI) -- said it will soon commence pilot launch of digital version of Indian currency Rupee for specific use cases.

It has also released a concept note on Central Bank Digital Currency (CBDC) that aims to create awareness about such currencies in general and the planned features of the Digital Rupee in particular, the RBI said in an official communication.

"The concept note also discusses key considerations such as technology and design choices, possible uses of the digital rupee, and issuance mechanisms, among others," the RBI said in a statement.

According to the concept note, the digital currency must be accepted as a medium of payment, legal tender and a safe store of value by all citizens, enterprises and government agencies.

The digital currency will be freely convertible against commercial bank money and cash. It will be a fungible legal tender for which holders need not have a bank account.

In the Union Budget for 2022-23, the finance minister had said the RBI would roll out a digital equivalent to the rupee in the current financial year.

As the extent and scope of such pilot launches expand, the RBI will continue to communicate about the specific features and benefits of digital rupee, from time to time, it said in a statement.

The Digital Rupee is expected to lower the cost of issuance of money and transactions. Faced by a dwindling usage of paper currency, the central banks are now seeking to popularise a more acceptable electronic form of currency.

The central bank's digital currency will be supported by the state-of-art payment systems of India that are affordable, accessible, convenient, safe and secure. The apex bank's concept note stated that the e-rupee will bolster India's digital economy, enhance financial inclusion and make the monetary and payment systems more efficient.

"The e-rupee will provide an additional option to the currently available forms of money. It is substantially not different from banknotes, but being digital it is likely to be easier, faster and cheaper. It also has all the transactional benefits of other forms of digital money," the RBI said in the statement.

The concept note stated that digital currency should be developed as a platform which is highly scaleable to support very high volume and rate of transactions without performance degradation. It should be robust to ensure stability of financial ecosystem and have tamper-proof access control protocols and cryptography for safety of data among other features.

The central bank digital currency is expected to generate huge sets of data in real time. "After factoring in the concerns related to anonymity, appropriate analytics of Big Data generated from CBDC can assist in evidence-based policy making. It may also become a rich data source for service providers for financial product insights," the concept note stated.

Stressing on consumer protection, RBI calls it an important pillar of financial stability. The central bank has called for a consumer protection framework which should consider the variations in the digital literacy of the consumers and ways to increase consumer understanding and transparency.

The RBI called for a seamless access to digital currency by consumers. It also emphasised on an effective and efficient resolution of customer grievances through a robust mechanism.