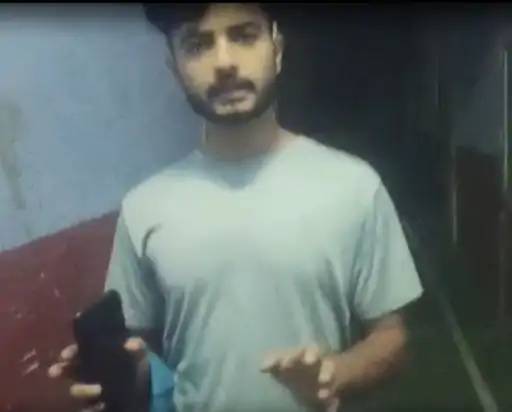 The incident took place in Punjab's Sangrur district, where some youths from Uttar Pradesh and Bihar attacked Kashmiri students after breaking into the hostel of Bhai Gurdas Institute of Engineering and Technology. The mob was around 50 who had attacked them.

“Around 50-60 students, mostly hailing from Uttar Pradesh and Bihar barged in, and started thrashing all of us mercilessly.” The guards were present but didn't come to help them, informed one of the victims.

The visuals doing rounds on social media show the hostel rooms of Kashmiri students being vandalised by the mob. The attack was live-streamed by one of the students where they were brutally attacked with rods and sticks as they barged into their rooms.
Also Read: T20 World Cup: Team Pakistan beats India by 10 wickets, registers historic win at Dubai

Aaqib, a BBA student in the college, said that around 5 to 6 youths ransacked and scattered all their belongings. One student has also received minor injuries. Aaqib told Free Press Kashmir over the phone that those who attacked them were from Uttar Pradesh and Bihar.

The incident occurred on Sunday night around 12 o'clock and Kashmiri students are demanding the DGP of Punjab to investigate the matter.

Shoiab, another student from the same college said, “We were in our hostel rooms when we heard some noise coming from outside. We went to see what was happening and saw some people attacking Kashmiri students in the other block. They had broken the window panes of their rooms and were continuously shouting ‘you are Pakistanis’.” 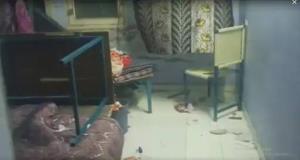 He further added, “We locked ourselves in our rooms.”

Another student said that it was local Punjabis who had come to their rescue and saved them from the attackers.

“Even while we were calling people to help, the college administration or the police did nothing. Nobody picked up our phones. The mob beat all of us up, abused us, vandalized our rooms, and asked us to go to Pakistan.” another student said.

Many students informed the media that the college administration has assured them of taking serious action in this matter.

At least six Kashmiri students have suffered inquiries in the incident.

Nasir Khuehami, spokesperson for Jammu and Kashmir Student Association told Free Press Kashmir said that he received panic calls from Kashmiri students from across various colleges in Punjab after India lost the match.

Khuehami said he received disturbing videos of the attacks, adding, “Punjab Police have assured us that they will look into the matter and take strict action against those involved in these attacks."

Inspector Harkirat Singh, in charge of the police station Sadar Sangrur, said that so far no complaint has been registered with the station nor the police control room has received any calls about the attack.  No such incident has come to their attention, Mr Singh said, asserting that they are probing about the incident and strict action will be taken against the attackers.