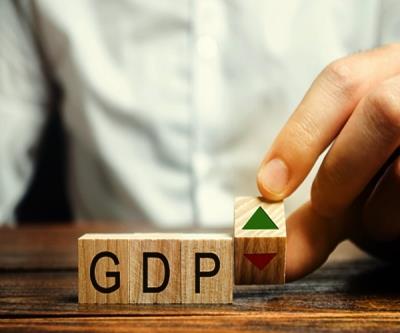 However, experts said that the GDP growth number was lower than what the market had expected earlier.

The 13.5 per cent growth in the first quarter of the current fiscal is below Reserve Bank of India's (RBI) forecast of 16.2 per cent.

Rating agency ICRA had projected a growth of 13 per cent in the first quarter of the current fiscal.

After recording a 20.1 per cent growth in the first quarter of 2021-22, GDP growth had consistently fell during the entire quarter.

The RBI has projected the economy's growth at 7.2 per cent for the current financial year.

"The next few quarters will see slower growth as the base effect wanes. While the ongoing broad-basing of domestic economic activity is supportive, the key risks is slowing global growth, which would curb India's exports and create uncertainty in private capex plans. These would put downward pressure on our GDP growth forecast of 7.3 per cent for the current fiscal," said Dharmakirti Joshi, Chief Economist, CRISIL Ltd

Assuming no change in 2Q-4Q projections, the GDP data suggests that the RBI's FY23 growth forecast will be revised down to 6.7 per cent from 7.2 per cent earlier, Gupta said.

"Overall, it confirms that growth recovery is not so strong in India. It ideally implies that monetary tightening should be not very aggressive. However, it appears that the terminal repo rate will be 5.75-6 per cent in this cycle with 1-2 more rate hikes, ending the cycle in Dec'22," Gupta added.

According to Raghvendra Nath, Managing Director, Ladderup Wealth Management, higher interest rates can hit economic activities in the next few quarters which may slowdown the pace of India's economic growth.

"We can expect another rate hike of 25 to 50 basis points in the coming months. Thus, despite India remaining the world's fastest growing economy, all eyes are place on global recession fears and rising borrowing costs," Nath added.

Arora said that the GDP growth is largely a story of service sector rebound which also was visible in the private consumption.

"However, manufacturing has remained a disappointing print, while utilities have remained resilient since the pandemic normalised," she added.

Going ahead, Arora said there may be secular downturn in the growth print as the base effect fades and the economy also slows sequentially.

Even as recovery in domestic economic activity is yet to be broad-based, global drags in the form of still-elevated prices, shrinking corporate profitability, demand-curbing monetary policies and diminishing global growth prospects weigh on growth outlook, she added.