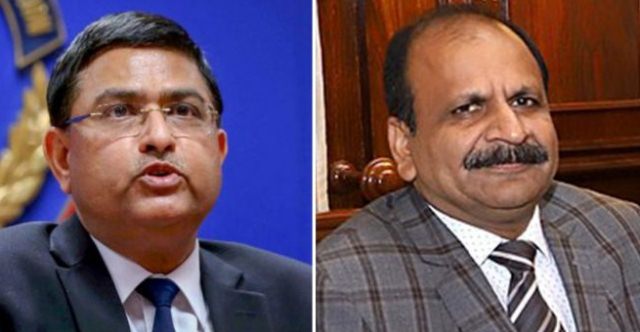 After Prime Minister Narendra Modi on Monday discussed the names for the new Director of the Central Bureau of Investigation (CBI) with the Chief Justice N.V. Ramana and Leader of Congress in Lok Sabha, Adhir Ranjan Chowdhury, it is being learnt that the two 1984-batch officers, YC Modi and Rakesh Asthana, are out of the race.

As per sources, the two top officers were dropped after CJI N V Ramana quoted Supreme Court’s guidelines in the Prakash Singh case of March 2019 and insisted on the point that no officers with less than six months to retirement can be appointed as police chief.

Meanwhile, supporting CJI Ramana’s arguments, both Leader of the Opposition Adhir Ranjan Chaudhary and the Prime Minister Narendra Modi said that the apex court’s guidelines would be followed in the selection.

Rakesh Asthana, who is currently holding several key posts such as DG Border Security Force and also the additional charge of DG in the Narcotics Control Bureau (NCB), is expected to retire in July, while Y.C. Modi, who is currently the chief of the National Investigation Agency (NIA) would retire at the end of this month.

According to sources, the three members of the Select Committee discussed several names for the top CBI post for at least 90 minutes on Monday and the names of Hitesh Chandra Awasthi, a 1985 batch IPS officer of Uttar Pradesh cadre, along with two others -- SSB DG R.K. Chandra and Special Secretary in MHA, VSK Kaumudi -- were discussed.

However, it is being learnt now that Central Industrial Security Force chief Subodh Jaiswal is one of the top contenders for the post.

According to sources familiar with the development, Jaiswal, a former Maharashtra DGP, is among the finalised candidates for the post of the CBI chief. The source said that his name can be announced soon.