The world media is speaking on how the Narendra Modi government had to bow down to the demands of the farmers. 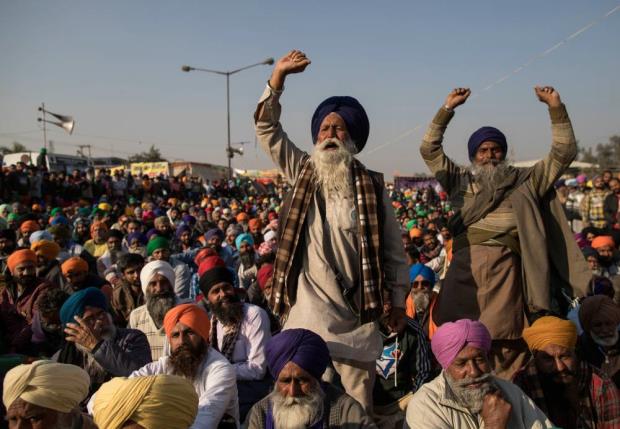 Narendra Modi on Friday morning announced that his government will repeal all three agriculture laws and urged the protesting farmers to return back to their homes. The announcement came as a rejoice for the farmers and all those who have been associated with the movement.

The farm laws repeal news made headlines not only in India but also made way to the cover page stories of international media as well. Websites and newspapers in the US, UK, Canada and Pakistan all are talking about the Modi led government’s u-turn. The world media is speaking on how the Narendra Modi government had to bow down to the demands of the farmers, the government lost and the farmers won.

Minutes after PM Modi’s announcement of withdrawing the law was flashed in India,  US media house New York Times wrote, Prime Minister Modi finally had to change his stand in front of the farmers' movement which lasted for almost a year.

Publishing Modi’s speech, CNN stated that the Indian Union government has announced this decision on an important day. Farmer leader Deepika Lamba was quoted as saying,  “This is a big victory for the farmers. We believe that the Modi government has taken this decision due to political compulsions.”

The English website wrote – India is an agricultural country and no government can take the risk of upsetting the farmers. Elections are to be held in seven states next year. These elections cannot be ignored if Modi is to remain in power. It is to be noted that BJP is in power in six of these seven states.

British newspaper The Guardian wrote – When these agricultural laws were introduced in 2020, it was felt that the government wanted to change the entire structure of agriculture. 60% of the country's population is dependent on the agriculture sector. So, everyone's eyes were on this move.

The same thing happened, the Modi government’s step went unnoticed by the farmers. No talks were not held with the farmers before the legislation was enacted, seeing that the laws were being made for the farmers. Hence, farmers looked at the three laws as a threat to their livelihood.

The Globe and Mail

Several meanings can be drawn from Modi’s announcement on Guru Nanak Jayanti. Political turmoil and opposition criticism could be the reason behind Modi’s decision. These laws were passed in September last year that promoted nationwide protest against the laws. The Modi government since then has been facing massive criticism and opposition not only from his opponents but also people's anger has resulted in increased problems for the BJP. English news media The Star was also of the same opinion.

India’s neighbouring country Pakistan's largest newspaper and website Dawn.com carried the news on its website from an agency input. The headline from the Dawn said – “Modi had to step back on agricultural laws.”

The gist of the news of important websites like geo.tv and tribune.com.pk remained almost the same. The Don has put up a photo of two Sikh farmers feeding each other sweets was also uploaded. Along with this, a video of Prime Minister Modi's address to the nation on Friday was also attached where he announced the withdrawal of the three agricultural laws.