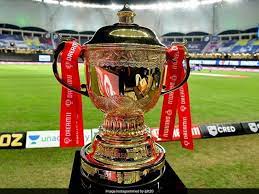 The positive COVID-19 test results of Sunrisers Hyderabad's Wriddhiman Saha and Delhi Capitals' Amit Mishra have prompted a complete rethink of the tournament.

There were people reporting that the tournament had been suspended and their were others that were saying that it was on hold for the time being.

With the COVID-19 situation in the country in mind, BCCI Vice President Rajeev Shukla announced to ANI that the Indian Premier League (IPL) 2021 will be suspended.

However, League chairman Brijesh Patel declared to PTI, "We will try to conduct the event in the next available window but this month is unlikely".

Around 12 p.m., the BCCI's top brass was to meet to make a final decision on the tournament's fate, with rescheduling the entire tournament on the agenda. The BCCI considered consolidating the entire bandwagon in one city, but new positive cases in the IPL bubble left them with little option.

Following that, BCCI issued a statement regarding the decision, assuring the participants of a secure return journey.

"The BCCI does not want to jeopardise the safety of the players, support staff, and other people interested in the IPL's organisation." This decision was made with all stakeholders' security, health, and well-being in mind.

"These are hard times, particularly in India, and while we have tried to bring some positivity and cheer, it is critical that the tournament be suspended now so that everyone can
return to their families and loved ones."

"The BCCI will do everything in its power to ensure the secure and safe passage of all IPL 2021 participants," the BCCI said in a statement.
Meanwhile, some of the fans support the decision BCCI have taken . One user said, "IPL suspended. Good decision since many players tested covid positive.
Although most of the fans are sad as if they had nothing to do else after IPL suspended.Netizens reacted as they heard news about suspension of IPL 2021.