Shahrukh Khan's appreciation of the KKR CEO came at a time when fans are slamming Venky Mysore for his involvement in Kolkata Knight Rider's team selection in the ongoing IPL 2022. 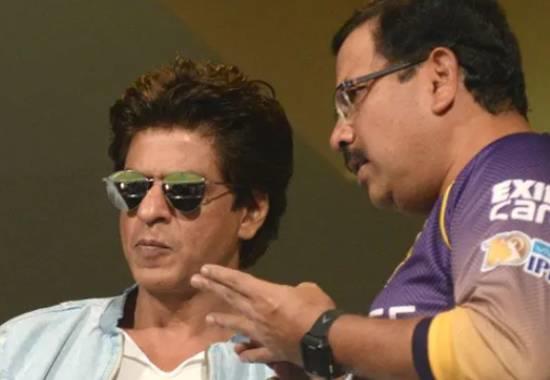 Bollywood mega-star and co-owner of Kolkata Knight Riders Shahrukh Khan on Friday lauded the KKR CEO Venky Mysore. KKR CEO Venky Mysore has been facing criticism for the past few days ever since Kolkata skipper Shreyas Iyer revealed that he has been taking part in squad selection in the ongoing IPL 2022. Shahrukh Khan's appreciation of the KKR CEO came at a time when fans are slamming Venky Mysore for his involvement in Kolkata Knight Rider's team selection in the ongoing IPL 2022.
KKR's performance has not been up to the mark in the ongoing IPL 2022 and the Shreyas Iyer-led team has been criticised for making too many changes in the playing XI of the team. Amidst the ongoing criticism of Shreyas Iyer's tactics of constantly changing the playing XI, the cricketer had revealed that the CEO is also involved in this during the post-match presentation. Ever since then, KKR CEO Venky Mysore was getting slammed by fans on social media for interfering in the team's matter.
At such time, KKR Co-owner Shahrukh Khan took to his Twitter handle and lauded Venky Mysore after the Kolkata Knight Riders group acquired the rights to own and operate the Abu Dhabi franchise in the UAE T20 League. Sharing this announcement on his Twitter handle, Shahrukh Khan lauded KKR CEO Venky Mysore and wrote, "Don’t want to sound formal as we are like a family all of us in the organisation. But a big thank u to @VenkyMysore  and his band of soldiers at @KKRiders for making this a reality. Onwards to newer terrains with cricket!!!"
Also Read: IPL 2022: KKR confirm Cummins ruled out for remainder of tournament
Shreyas Iyer, during the post-match presentation, had stated that some tough decisions had to be made as well. “We discussed with the coaches and obviously, the CEO is also involved in team selection so especially, Baz (Brendon McCullum), he goes to the players and tells them,” Iyer was quoted as saying.