Iran which is dominant with Muslim Shiite power until today had refrained from commenting on the Taliban’s regaining power and seizing Kabul on August 15. 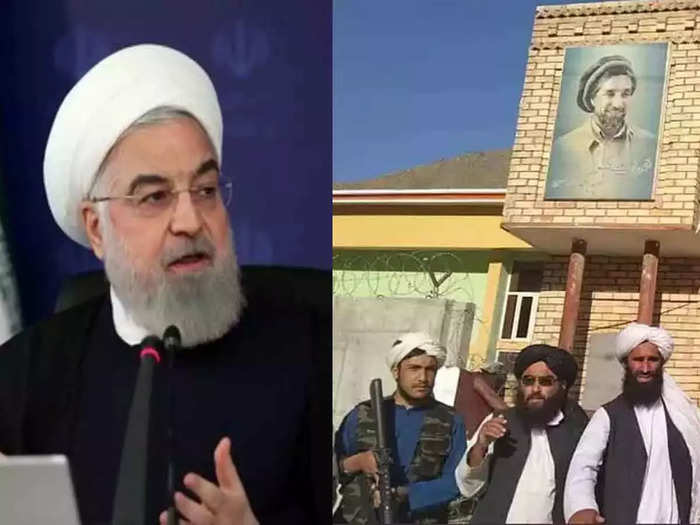 Iran has on Monday strongly denounced the Taliban's military offensive against the stronghold province in Afghanistan's Panjshir Valley, as the extremist group claimed it had taken complete control over the region.

"The assault is strongly condemned."

Iran which is dominant with Muslim Shiite power until today had refrained from commenting on the Taliban’s regaining power and seizing Kabul on August 15.

Under the leadership of resistance force leader Ahmad Massoud, Taliban militants are seen badly surrounded by resistance forces in the Panjshir Valley, which became a stronghold against insurgents.

Iran's Foreign Ministry of Afghanistan has warned the Taliban and asked not to cross the line. Iran said it was investigating whether or not Pakistan had interfered with Panjshir.

The Afghan's neighbour has also expressed deep disappointment for the martyrdom of Panjshir's commanders and condemned last night's attacks in the strongest terms.

The Tehran Times quoted Iran's Foreign Ministry spokesman Syed Khatib Zadeh as saying, "Pakistani interference during the Panjshir attack is being investigated." Iran believes that intra-Afghan dialogue is the only solution to the Afghan problem.

Cautioning Pakistan to not cross its boundaries, the Iran foreign ministry stated that the responsibilities under international law must be considered.

Iran's warning comes at a time when Panjshir rebels have alleged that the Pakistani army provided air support to the Taliban to win. Not only this, he said that the Taliban carried out the genocide with the help of Pakistan.

In this Taliban-Pakistan attack, insurgent leader Ahmed Masood of Tajik origin has suffered a major setback and his spokesman Faheem Dashti and top commander General Sahib Abdul Wadud Zara were killed. After Masood moved to a safe place, the Taliban on Monday had claimed that it has now completely captured Panjashir.

Meanwhile, in a tweet from Masood's Twitter handle, serious allegations have been made against Pakistan. Masood said that the Taliban is not fighting a war with us but it is the Pakistan Army and ISI which is leading them. The Taliban are not strong enough to compete with us but the Pakistani army is cooperating and supporting the Islamist group.

Taliban may have captured Afghanistan but had suffered several losses and resistance from not only forces against them but women of Afghanistan also.

A large number of the Taliban fighters have been killed while forming a government remains a difficult take for the Islamist group.

Iran, meanwhile, has called for the formation of a people-elected government in Afghanistan.

Iran has expressed hope that elections are vital to Afghanistan's successful future and that peace will be restored in the country.