Recommendations to be made to revoke their license for covid care facilities if plants not set up: DC Ghanshyam Thori 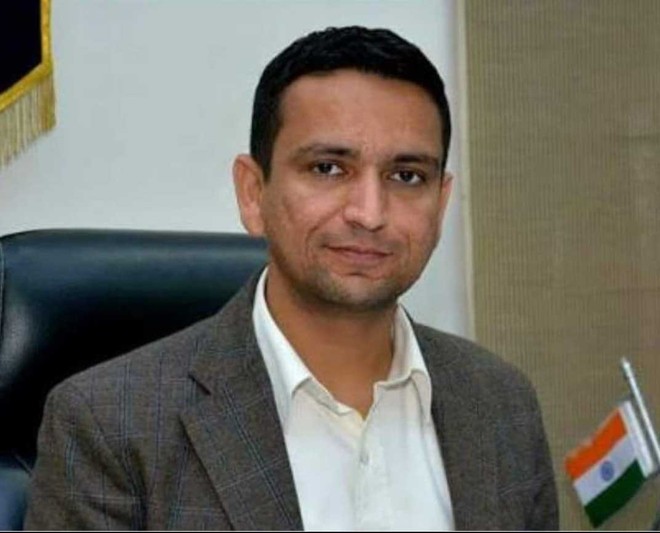 Acting tough against the erring private hospitals, which have not installed their PSA based oxygen generation plants despite repeated requests; the district administration today issued show cause notices to seven such hospitals for their act of non-compliance of administration's directions.

Divulging the details, Deputy Commissioner Ghanshyam Thori said that hospitals including Sharanjit, Kidney, Sikka, Oxford, Ghai, Neuronova, and Caremax hospitals have been issued the notices because of their act of non-compliance of the administration's direction to install PSA based oxygen plants. He added that during the second peak of the pandemic, these hospitals were among those where demand for oxygen cylinders was above 50 per day, adding they were asked to install PSA plants by August 2021.

Mr. Thori added that no efforts were seen by these hospitals to set up these plants to tackle their oxygen requirements in view of the next wave. He added that a large number of hospitals have set up plants in their premises to be self-reliant in terms of oxygen production but these negligible acts are hurdles to achieve this goal.

The Deputy Commissioner categorically mentioned that the recommendations to be made to health department to cancel their license as Covid care facilities in case they do not adhere to the guidelines issued by administration.

Further, these hospitals would be held accountable in case of causality amid third wave, if any, due to lack of oxygen gas as these institutions are fully responsible to arrange the required stock of oxygen, he added.

He also mentioned that the hospitals having oxygen plants would get the priority in the admission of Covid-19 patients in their covid care facilities. Notably, the district administration had made concerted efforts to arrange oxygen supplies amid the second wave by air lifting the oxygen tankers with the help of airforce. The DC said that now hospitals have ample time to install their oxygen plants so that such kind of situation do not emerge again, adding the erring hospitals would be responsible for oxygen supply in case of shortage occurs amid third wave as it had already happened during the second wave.

Meanwhile, the DC also lauded the concerted efforts of several private hospitals, which by acceding to the administration's appeals have set up their plants to tackle the third wave effectively. These hospitals include Shriman Super Speciality, NHS, New Ruby, Armaan, Rattan, Joshi, Global, Tagore  Capitol Hospital, and PIMS. Further, six more hospitals comprising Sarvodya, Maan Medicity, Innocent Hearts Hospital, Johal, and Military hospital have initiated the process of installing their oxygen plants. The DC hailed the efforts of these healthcare establishments and urged others to emulate the move.