Sense of great joy among players and parents, congratulations pours in. 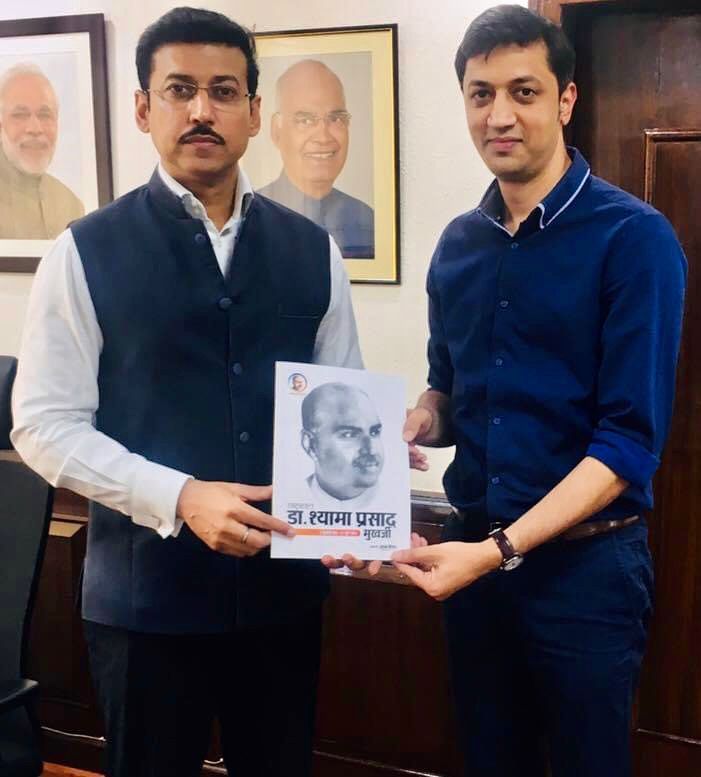 In the history of the District Badminton Association and for the development of the game of Badminton, a new chapter has been added. For the first time in the 50-year history of the Association, a former national player has been given the responsibility of the prestigious post of Secretary. Ritin Khanna has been made Secretary of District Badminton Association by Jalandhar Deputy Commissioner Ghanshyam Thori. All the members of the Interim Committee suggested the name of Ritin Khanna for the post of Secretary and DC Ghanshyam Thori approved the appointment. ADC Himanshu Jain has been appointed as the Chairman of the Association. The appointment of Ritin Khanna has brought a wave of happiness among the Badminton players and their parents because they are sure that Ritin Khanna, who has transformed the Raizada Hansraj Badminton Stadium in the last two years, will take Badminton to great heights in the coming time.

As a member of the Interim Committee of the DBA, Ritin Khanna got those things done at Hansraj Badminton Stadium, which were not done till now. For the first time, a training camp of Malaysian coach was held in Jalandhar. The purpose of organizing this camp was to train the players of Jalandhar to prepare them for the international Badminton competitions. Apart from this, Olympian Dipankar Bhattacharjee Badminton Academy was started in Jalandhar. Corona, which affected the whole world, had also affected the players' practice a lot. Now if the player does not practice, then how will they be able to play the match. Keeping this in mind, Ritin Khanna ensured the opening of the Hansraj Stadium during the Covid pandemic, following all the guidelines and Standard Operating Procedures, which is his biggest achievement. It is worth-mentioning that Ritin Khanna’s efforts provided Hansraj Stadium the distinction of being the first Badminton Stadium in the entire country to be opened during Covid pandemic. Along with this, Ritin Khanna, through his efforts, brought funds of about Rs 30 lakh to the DBA in 2 years, which made it possible to create infrastructure at Hansraj Badminton Stadium, which includes setting up of the Sports Canteen, Synthetic Courts, Yoga and Aerobics Center.

While expressing happiness on appointment of Ritin Khanna, International player Sachin Ratti congratulated Ritin Khanna and said that while Ritin Khanna has displayed himself as a fine player in the badminton court, the work done by him at the Hansraj Badminton Stadium reflects that Ritin Khanna is also a good Administrator. He said that Ritin Khanna becoming the Secretary of DBA has started a new chapter in the development of the game of Badminton. National player Madhav Kanojia said that as soon as the players and their parents came to know about this appointment, it was all smiles on their faces. He said that when a person comes out of the playground and reaches at such a level (Prestigious Post), then one must understand that that person will take the game to great heights. Congratulating Ritin Khanna, former World Champion (Veteran) Ram Lakhan said that while with his (Ritin Khanna) becoming the Secretary, the stadium will witness more development, at the same time, the future of Badminton in Jalandhar will also become bright. He said that the appointment of Ritin Khanna is a very commendable decision.

As a player, Ritin Khanna has represented Punjab 6 times at the National Level

-       Member of the Badminton and Squash team of Guru Nanak Dev University.

-       Got selected for the National Camp by the Badminton Association of India.

As a member of the Interim Committee, Ritin Khanna transformed the Hansraj Stadium in 2 years

- Got started at the Badminton Academy of Olympian Dipankar Bhattacharjee in Jalandhar.

- For the first time, a training camp of a Malaysian coach was held in Jalandhar.

- Got a grant of Rs 15 lakh rupees to the Association from Rajya Sabha member Naresh Gujral and the money was utilised for installation of 5 synthetic courts of Yonex Company.

- Renovation was carried out on the Stadium’s Roof, washroom & water area.

- Got constructed a new Gymnasium in the Hall.

- Got a grant of Rs 5 lakhs for the Association from Punjab Assembly Speaker Rana KP, which paved the way for the setting up of the New Yoga and Aerobics Center. Okay

- The biggest graffiti of Olympic medalists Sindhu and Saina was created at the Raizada Hansraj Badminton Stadium. Both the players thanked the District Badminton Association for this and expressed their gratitude by Tweeting.

- Organised 2 very good district tournaments. The players were given free refreshments, cash and other attractive prizes. Record number of players participated in both the tournaments and all got prizes. The matches were broadcast live.