Janhvi Kapoor Is Travelling The World 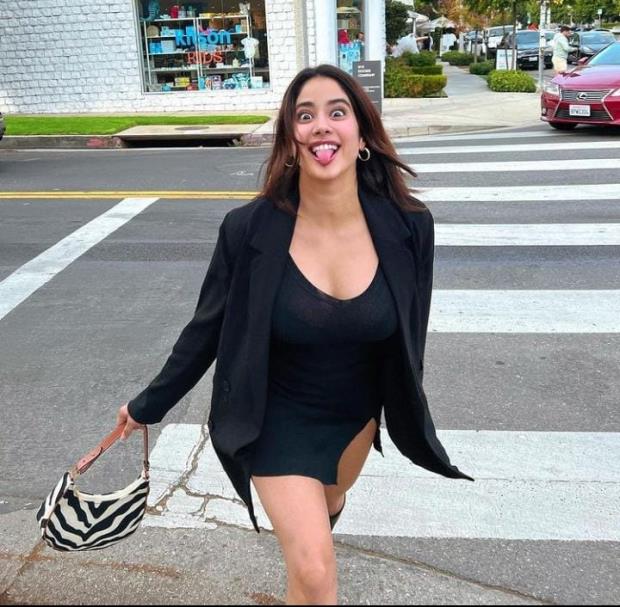 When Janhvi Kapoor is not busy shooting for her films, the actress spends her time traveling. New stop: Los Angeles. The actress, on Friday morning, shared pictures from her day out in Los Angeles. In the pictures, the actress can be seen strolling the streets of LA. Janhvi's OOTD was a classic LBD. She threw over a matching oversized blazer. She picked a pair of boots for the go. She captioned the post: "Honey I'm home. LA for less than a minute." Janhvi's brother Arjun Kapoor commented: "It's a world tour." Her uncle Sanjay Kapoor wrote: "Lucky you." 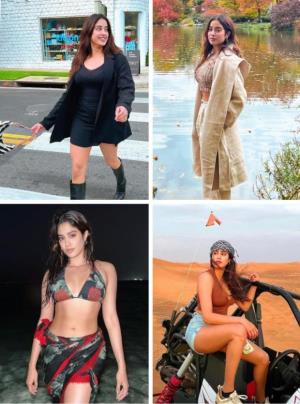 Janhvi Kapoor is a late actress Sridevi and film producer Boney Kapoor's daughter. Her sister Khushi, studying at the New York Film Academy, aspires to be an actress. Arjun and Anshula are Boney Kapoor's children with his first wife and late film producer Mona Shourie.

In terms of work, Janhvi Kapoor was last seen in the horror-comedy Roohi, with Rajkummar Rao and Varun Sharma. The actress, who made her Bollywood debut with the 2018 film Dhadak, opposite Ishaan Khatter, has featured in films like Netflix's Ghost Stories and Gunjan Saxena: The Kargil Girl.

Her line-up of film includes comedy Dostana 2, which was meant to star Kartik Aaryan earlier. The film's revised cast has not been announced as of now. She will also be seen in Good Luck Jerry.