Leading India from the front in the pace attack Jasprit Bumrah had been a crucial force for India in the past few years. On-demand Yorkers, Wickets, and a major threat to the opposition have been some of Bumrah’s trademarks Author : Tushar Singh 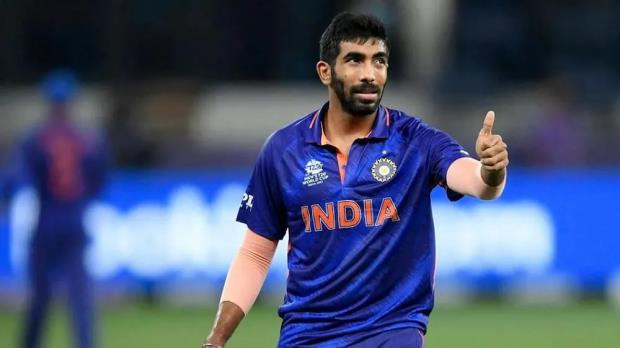 India suffered a huge blow ahead of the mega T20 World Cup scheduled in Australia next month as a huge prospect in Jasprit Bumrah has been ruled out from the upcoming tournament due to a back stress fracture that he suffered while practicing ahead of India’s 1st T20I encounter against the Proteas.

Leading India from the front in the pace attack Jasprit Bumrah had been a crucial force for India in the past few years. On-demand Yorkers, Wickets, and a major threat to the opposition have been some of Bumrah’s trademarks over the years.

Now with India already going through a tough phase in death bowling which even cost the defending champs their chance of retaining the tag of Asian champions, a major question comes ahead now who could be the possible replacement for Jasprit Bumrah as India heads into the major tournament?

Mohammad Shami: Being the top contender for the replacement of Bumrah, Shami had been through quite a tough phase recently with drop out to injury. But in absence of Bumrah, his experience can be a major prospect for India in the ICC outing.

Deepak Chahar: Stand-in substitute named for the upcoming world cup, Chahar is known for his lethal swing bowling in the initial overs and holds the ability to destroy top quality batting lineup, which he has done for years under Dhoni’s captaincy for CSK.

Mohammad Siraj: India’s young bowling sensation with impressive speed, ‘Miyan’ from Hyderabad has been a huge asset for the Indian side in recent times, besides being part of the historic Gabba Test win, holds a good chance as well to mark his return in the side if the team needs him.

Umesh Yadav: Veteran Indian Pacer, hero of the 2015 ICC world cup. Umesh Yadav stands among the possible contenders in the fray to replace Jasprit Bumrah. But, to the fact of him missing from the mega stage of International Cricket for long the chance of him replacing Bumrah is relatively less.

The man with some outstanding pace has impressed the world cricket with his lethal bowling in IPL matches that earned him a place on the Indian side. J&K’s Malik also stands a chance in the Indian squad as the team leaves for the World Cup scheduled in Australia, whose bouncy wickets will be a treat for someone like Umran who loves to deal in the 150s.