The e-Admit cards are provided to the students and the applicants should keep their admit card safely as it may be used in the future. 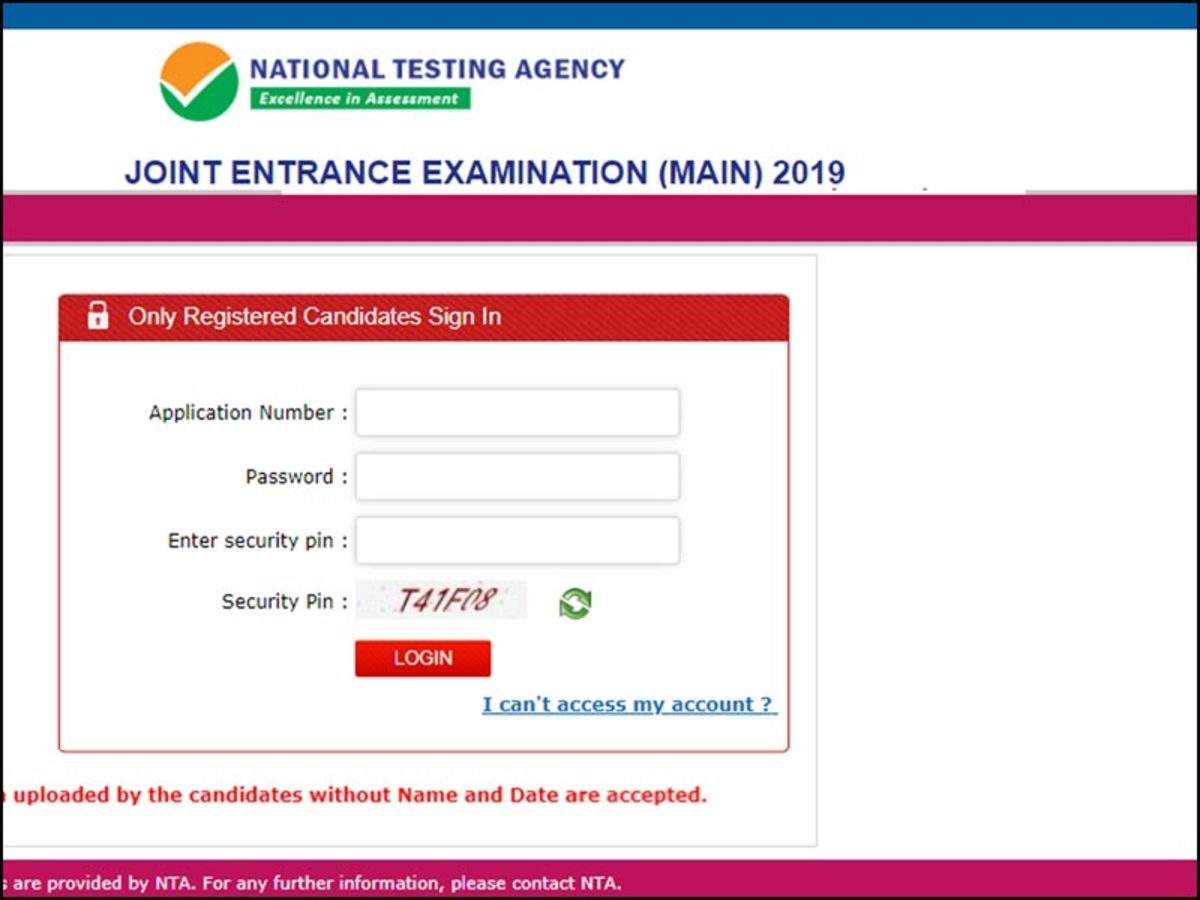 The Joint Entrance exam, JEE which was scheduled to be in 4 sessions i.e. February, March, April, and May.  The first two sessions were held but due to the Covid-19 second wave, the last two sessions were not held and were postponed. According to the former Education Minister, Ramesh Pokhriyal 'Nishank’, the third phase i.e. the April session was to be conducted from July 20-25 and the last May session was to be held from July 27-August 2.

However, according to the new notice by the NTA, there is a change observed in the dates. Now the JEE exam is to be held on July 20, July 22, July 25, and July 27, 2021. This means that the aspirants appearing for the third session of the joint entrance exam will have their exam on the above-mentioned date.

The notice states, "The National Testing Agency is conducting the Joint Entrance Examination (Main) – 2021 for the postponed April Session (Session – 3) in Computer Based Test (CBT) mode at different centers located in 334 cities throughout the country and abroad on 20 July, 22 July, 25 July, and 27 July 2021."

Last night, on 13th June, the admit card for the postponed April session was released. With this announcement only, the revised dates for the third JEE exam were also issued by the National Testing Agency. The admit card is released and can be downloaded from https://jeemain.nta.nic.in/ through their candidate login number.

The e-Admit card is provided to the students and the applicants should keep their admit cards safely as it may be used in the future. No, admit card will be provided through post. The candidates need to report on the same time and date mentioned on the Admit card. The candidates need to bring their admit Cards along to their center. Just in case if an applicant is unable to download their admit card he/she can reach out for help by calling on the NTA Help Line number: 0120-6895200 between 10.00 am to 5.00 pm. Along with the admit card, the students are to bring the Self Declaration form which is available with the Admit Card and needs to be filled by the candidates themselves.

1. Visit the official site: https://jeemain.nta.nic.in/, from where you will get three links to download the admit card.

2.  You can click on the option which suits them, on clicking the link a new page will open.

3. Fill the form which contains the date of birth, application number and security pin, and submit it.

4. You can now download the Admit Card and print the card for the exam.