Jeff Bezos to travel space in his own rocket today; Know how to watch live stream

Bezos and his brother, will be joined in the all-civilian crew- Wally Funk (82), Oliver Daemen (18) and paying customer Daemen. 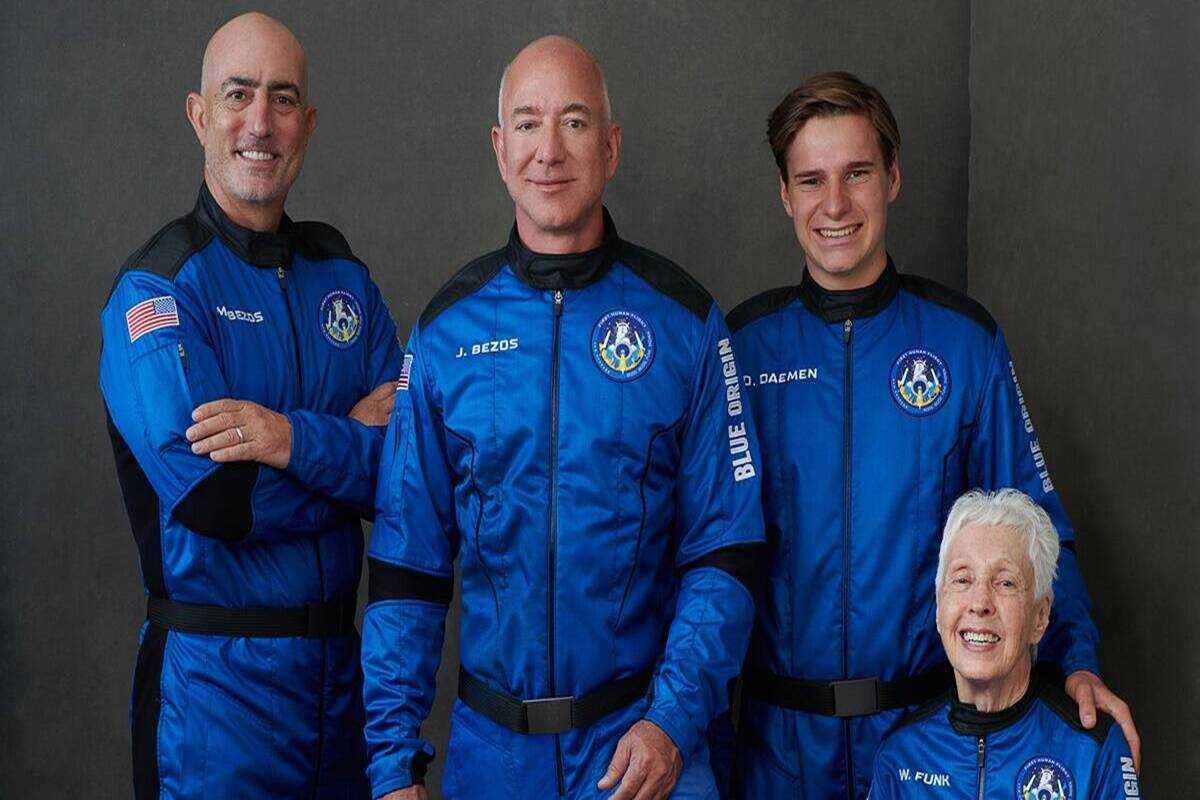 American billionaire Jeff Bezos is all set for his voyage to space in his own company Blue Origin's New Shepard today. The space flight will have an all-civilian crew for the first time in history.

The 11-minute voyage to space will blast off to more than 62 miles above desert location in West Texas, United States. This all civilian space flight represents a significant milestone in the establishment of the space tourism industry.

On July 19, Amazon founder Jeff Bezos said that he is excited and curious to travel to space, however, not nervous at all. Ahead of the launch, Bezos gave a series of televised interviews and said “People keep asking if I'm nervous. I'm not really nervous, I'm excited. I'm curious. I want to know what we're going to learn.”

He further added, “We've been training. This vehicle is ready. This crew is ready. This team is amazing," Bezos said. "We just feel really good about it.”

Who will accompany Bezos in his spaceflight?

Bezos and his brother, Mark Bezos, will be joined in the all-civilian crew- Wally Funk, an 82-year-old pioneering female aviator, Oliver Daemen, an 18-year-old high school graduate who will begin studying physics and innovation management at the University of Utrecht in the Netherlands in September.

The company's first paying customer is Daemen. Somerset Capital Partners, his father's investment management business, is headed by him.

How to watch the live stream?

Bezos's voyage to space comes just nine days after his rival Richard Branson. The British billionaire climbed on board in his Virgin Galactic's rocket plane for its first suborbital flight from New Mexico.

Bezos also downplayed any competition with Branson saying, “There's one person who was the first person in space. His name was Yuri Gagarin. And that happened a long time ago.”

"I think I'm going to be number 570 or something. That's where we're going to be on this list. So this isn't a competition. This is about building a road to space so that future generations can do incredible things in space," said Jeff Bezos.