‘Jersey’ trailer Out: Shahid Kapoor plays an ex-cricketer who gets back into the game

Shahid Kapoor Fans, Say “Our Kabir Singh Is Back!” The film is a Hindi remake of a superhit Telugu film titled ‘Jersey’ and got two National Awards this year. 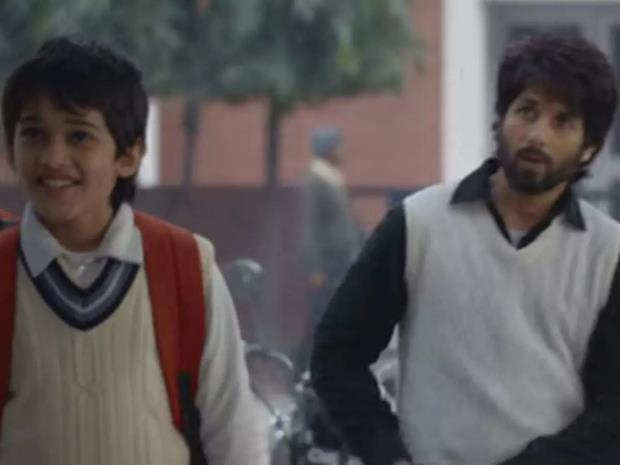 Bollywood actor Shahid Kapoor is all set for his silver-screen comeback as the makers just dropped the trailer of his much-anticipated film ‘Jersey’ alongside Mrunal Thakur. the makers of Jersey released the trailer of Shahid Kapoor starrer and while the event ended a few minutes ago, fans can’t keep praising the Hindi remake of Nani starrer. Directed by Gowtam Tinnanuri, the film also stars Mrunal Thakur and Pankaj Kapur in pivotal roles. The trailer was released on YouTube and fans can’t keep calm and have been roaring high and commenting that ‘Kabir Singh’ is back.

The film is a Hindi remake of a superhit Telugu film titled ‘Jersey’ and got two National Awards this year. The film is an emotional story of a talented man who failed to make it big in the field of cricket but returns to the same late in his thirties to prove his passion and he is seen putting himself all out to fulfill his son’s birthday wish of getting a  ‘Jersey’. Telugu fans had really high expectations from Shahid Kapoor and well it seems like he has passed the exam with flying colours.

The Jersey trailer starring Shahid Kapoor is trending on social media and fans are going gaga over his performance and calling it a blockbuster after Kabir Singh. A user reacted to Shahid Kapoor’s ‘Jersey’ trailer and wrote, “Our Kabir Singh is back". Another user wrote, “Finally Our Kabir Singh is Back, Same Kabir Singh wali Story Lag Rahi Hai". . A third user commented, “Seems like a Kabir without Drugs Btw I can feel Movie is going to be “Blockbuster”.

This is going to be Shahid’s next big release in a long time since his last release was the box office hit 'Kabir Singh'. It will be released on 31st December 2021, in Cinemas Worldwide.