People are furious against the Sabiya Saifi rape-murder case in Delhi. 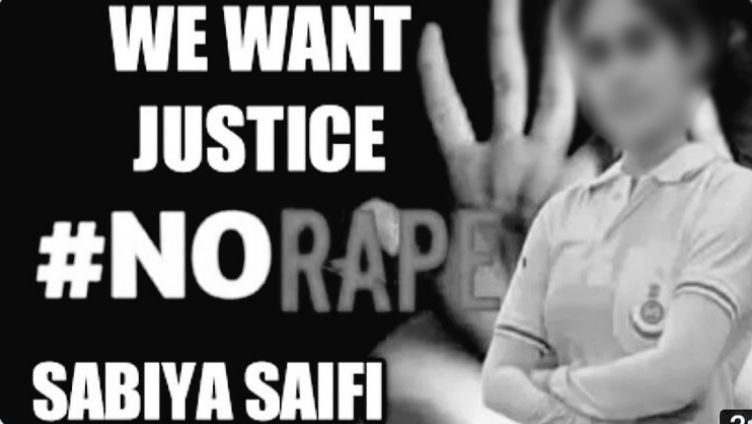 On the evening of August 27, Sabiya Saifi (name changed) who worked in Faridabad did not return home. Concerned parents approached the collector but sadly did not get any help.

The 21-year-old Civil Defense employee was reportedly abducted on her way home, raped and then brutally murdered. A man named Mohammed Nizamuddin confessed to the crime of murdering the 21-year-old and claimed that the two were married, although on being asked, he could not present any proof.

On being interviewed, Sabiya’s father’s statement was gut-wrenching and left the internet outraged. He mentioned that while he and his wife were preparing the body for burial he noticed that she had bruises all over her body and that her neck, chest and hands had marks of multiple stabs. He also added that there were no places to be seen on her body where there were no marks of stabs.

Although the father has claimed that his daughter was raped before she was murdered, the postmortem reports have come back clearly stating that sexual assault or mutilation was not done to the body.

Netizens took to Twitter demanding justice for a 21-year-old murdered in Faridabad.

Since September 4, #JusticeforSabiyaSaifi has been trending on the platform with over 70k tweets. Twitterati are questioning Delhi Police, national media agencies and social welfare groups on their silence regarding the issue.

She was posted at the SDM office of South East Delhi and was a resident of Delhi’s Sangam Vihar. Sabiya’s family filed a complaint with the cops. They allege that the accused had kidnapped the victim, while she was on her way home from work.

Also read: Justice for Sabiya: The incident that shook the nation

Twitterati, however, believe there is much more to this murder case and that the accused in custody must be questioned and the root cause of the matter must be found out behind this barbaric incident.

People are furious against the Sabiya Saifi rape murder case in Delhi. People are vigorously demanding strict action against the accused. Later, a memorandum addressed to the Prime Minister was submitted to the SDM, which also included a demand to stop crime against women.