Justin Bieber & The Kid LAROI are teaming up for something special! Get ready fans

Kid LAROI and Justin Bieber have something special in hand for their fans! 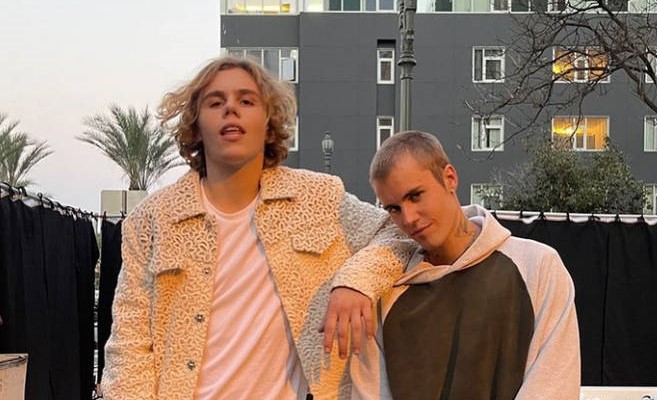 The Kid LAROI and Justin Bieber have something special in hand for their fans!The two artists have teamed up for a new tune called "Stay," which is their first collaboration. On Monday, Justin teased a music video teaser, offering fans a sneak glimpse. Last month, the song leaked online, sparking suspicion that an official release was on the way.

A pumped-up Biebs and LAROI can be seen singing and dancing in the streets and on roofs in the short video. While the two previously collaborated on Bieber's Justice album single "Unstable," they appear to have tremendous chemistry. LAROI's third full-length album, F*ck Love 3, is expected to include the song "Stay." 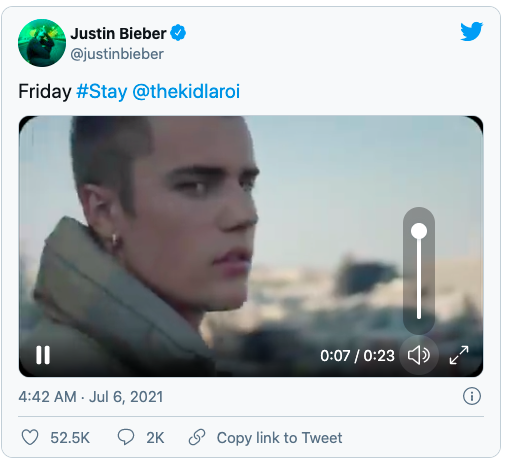 Behind the scenes of the two-minute-and-twenty-second firework are some industry heavyweights. Omer Fedi (who also co-wrote "WITHOUT ME"), Cashmere Cat (Shawn Mendes, Halsey, Benny Blanco), and Charlie Puth co-wrote and co-produced the song (pretty much every major pop star you can think of). See video here.


This isn't the first time LAROI has collaborated with Justin Bieber; the two previously collaborated on the song "Unstable," which appears on Justin's 2021 album Justice.

LAROI has blown through an astronomical number of achievements after breaking through as a finalist on triple j's Unearthed High in 2018, apexing with his 2020 song "WITHOUT YOU" hitting Platinum in the US and 3x Platinum in Australia.

Last week, the Australian singer announced the collaboration with Justin. Needless to say, he was very excited about it!

‘Stay’ is the first taste of The Kid LAROI’s final mixtape in his F*CK LOVE trilogy, with F*CK LOVE (OVER YOU) slated for release in late 2021.