Justin Trudeau slated for a third time win in Canada

The Liberal party will return with a minority government, the CBC News projected. 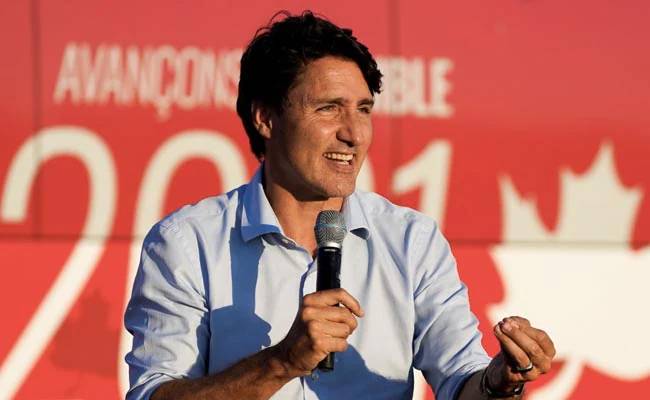 Liberal party leader Justin Trudeau is all set to form his minority government in Canada with enough seats in this 44th general election, the CBC News decision desk has projected.  However, the results are trickling in the network, thus, it would be early to say how strong a government they would make.

The final seat tally may not appear too different from the composition of the House of Commons when in early August it was dissolved. This dissolution of the government prompted doubts about why an election was sought when the country was suffering from the fourth wave of Covid pandemic in the first place.

Heading to form a government with a minority of House of Commons seats, Trudeau will need support from other parties to uphold the legislation.

The polls called two years early were in hopes of securing a parliamentary majority.

"People would be very pleasantly surprised if there was a Liberal majority government, within the Liberal camp, but I think it's still way too soon to make that call," Gerald Butts, a former top Trudeau adviser and close friend, told CBC TV.

Liberals are shown to be leading with 146 electoral districts with just a tiny portion of votes being counted.

The House of Commons contains 338 seats and a party will require 170 to win and to hold a majority government in the nation.

Results of the polls were reported much slower than usual as some stations were forced to limit the number of voters due to Covid restrictions, while long queues made the electors wait for hours to vote in southern Ontario, which is a critical battleground.

The Liberals are heading with a strong performance with 113 parliamentary seats in the country’s two most populous provinces - Ontario and Quebec, which have 199 seats, or more than half of the national total.

Liberals in the first set of districts were leading with 23 of 32 parliamentary districts in the four Atlantic provinces. Before the polls, the Liberal party had held 27 seats.

The opposition Conservative leader Erin O'Toole's had managed to get their four Atlantic seats and were leading in nine.

However, the electors have decided to pick Liberals to govern them, even though beaten and bruised by healthcare disaster, has managed to do well on important pandemic aspects like death rates and vaccine coverage.