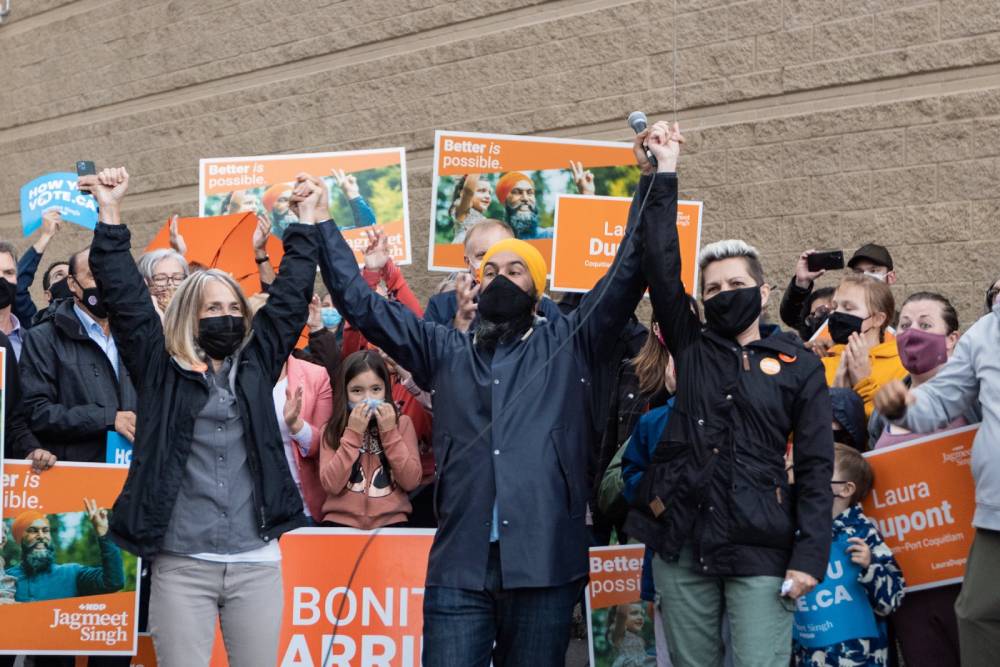 Indo-Canadian ministers of Justin Trudeau’s cabinet are likely to retain their seats in the House of Commons, while the New Democratic Party leader Jagmeet Singh is inching ahead.

All three main parties, namely the ruling Liberals, the opposition Conservatives and the NDP have as many as 54 Indo-Canadian candidates in their parties. With Liberals leading the count at 20, followed by Conservatives at 18 and the NDP at 16.

With the community hoping for a record-breaking seat in the 2021 snap elections, there were 23 winning Indo-Canadians in the 2019 Federal elections crossing the 2015 mark of 21.

The top four candidates in this election are Anita Anand-minister of public services and procurement, Harjit Sajjan-minister of national defence, Jagmeet Singh- NDP leader and Bardish Chagger- minister of diversity and inclusion and youth.

With the latter two more likely to retain their seats, Jagmeet Singh has expanded his support and is polling at 44% while Bardish Chagger is at around 49%.

Harjit Sajjan is expected to win again from Vancouver South in British Columbia with 42% support. While Anita Anand has garnered a comfortable 43% support which is ahead of her Conservative opponent.

Tim Uppal has been the most high-profile Indo-Canadian up in this election with 35% support which is lower than 2019's 50% from Edmonton Mill woods in Alberta. He has been the former minister of state in the Conservative government of PM Stephen Harper.

The outcome of this snap election will be defined by some key areas like the Greater Toronto Area, Metro Vancouver and sections of the cities of Edmonton and Calgary that are dominated by Indo-Canadians.