Jyotiraditya Scindia, several challenges as he takes over the struggling industry

"Jyotiraditya Scindia will bring in new energy and new ideas to make this sector dynamic and keep up pace with the changing post-Covid world,” said sources. 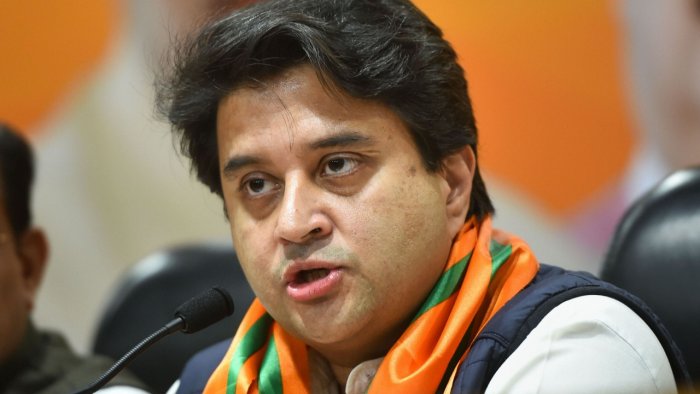 The reshuffling of the Union Cabinet has introduced many fresh faces in the ministry, with Jyotiraditya Scindia replacing Hardeep Singh Puri as the new Minister of Aviation.

Scindia, a Rajya Sabha and represents Madhya Pradesh. His father Madhavrao Scindia held the civil aviation portfolio under the PV Narasimha Rao-led central government between 1991 and 1993. After years, Scindia has been given what once was legislated by his father.

Scindia was born in 1971 and completed his education at Harvard and Stanford institutions. He has walked a long path from contesting his first election as a Congress candidate in 2002, a by-election in Guna Lok Sabha constituency to becoming a civil aviation minister.

He was also admitted to the UPA government, served as a minister of state for communications, commerce, and industry, and power, and remained a part of the Union Cabinet, until 2019, he was defeated in the Guna Lok Sabha constituency.

Scindia served as a Minister of State for Power under the Manmohan Singh ministry earlier.

In March 2020, Scindia resigned from the Congress party and joined the BJP and this resulted in the demolition of the Kamal Nath government in Madhya Pradesh just 15 months after its formation.

Also Read: Who is Kaushal Kishore, MP from Mohanlalganj UP inducted in Modi’s new cabinet?

"Jyotiraditya Scindia will bring in new energy and new ideas to make this sector dynamic and keep up pace with the changing post-Covid world," said a source.

However, there are few challenges Scindia will have to handle as he takes his office.

1. Airport Infrastructure - The airport infrastructure in the country was being utilized at its peak pre-pandemic. Mumbai has run out of capacity and the case is no different at other airports, including the top ones. Lack of space to expand civil enclaves at defence airports has meant that flight operations can't grow beyond a limit at Pune, Goa, Vizag, Port Blair, and Jammu amongst others.

Also read: PM Modi Cabinet revamp: Full list of ministers with the portfolios they got

2. Transition to free-market – Due to the Covid-19, a lot of restrictions are imposed on the industries but the highest numbers are on the airline industry. Since flights resumed on May 25, 2020, the industry has been reeling under a capacity cap as well as a floor and ceiling price for airfares. While rules do allow the government to do this, it is detrimental in the long run.

3. Regional Connectivity Scheme - The pet scheme of the Prime Minister, RCS – UDAN, was low on everyone’s expectations. After multiple rounds of bidding, the routes remained lower than 50 per cent of what was required. Airlines like Air Deccan, Air Odisha have ceased to exist while Spicejet has cancelled multiple routes which it commenced. The target of having 100 new airports, considering seaports and heliports are also transforming into an illusion.

4. Air Safety - Last year, Calicut had experienced a deadly crash. The report is still under process. An audit from ICAO and US regulator FAA is at the top. Any complicated conclusions would not lead the airlines from India to add new routes to the United States.

7. Air India disinvestment - The way of investing has differed a lot. While it is often said that we are in the last stages and a winner may be announced in some time, it always remains in a blur that how many made it to this stage and what will be the way ahead. Until then a sharp focus is required to ensure that the process is not derailed since this is the closest any government has ever got to divestment in the national carrier.