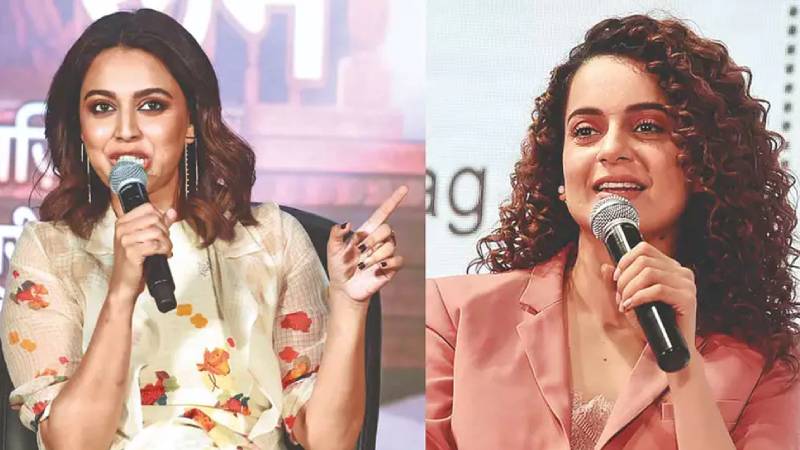 Recently Kangana Ranaut claimed to have rejected the item number in one of her posts. After this, Swara Bhaskar took a dig at Kangana while sharing the link of item number 'Julmi Re Julmi' filmed on Kangana in the film 'Rajjo'. Now Kangana has hit back at Swara and described her as a B-grade actress. Kangana has claimed that she has put a lot at stake to reach where she is today.

Kangana took to Twitter and wrote, "Whenever I impose difficult questions on A listers all B listers come like sepoys,item numbers is essentially a song which isn’t consequential to the plot of the film, uses derogatory language for woman, even when I played a nautch girl I made sure it’s not derogatory for woman."

"These B grades won’t understand but I said no to item songs of Sanjay Bhansali and Farah Khan also, which made few A listers over night sensations, I sacrificed a lot to be who I am today, back off B grade hyenas if these directors offer you even a passing you will go crawling," added Kangana.

Where did the issue of item numbers arise?

Recently, Congress MLA from Madhya Pradesh Sukhdev Panse had said in a controversial statement that Kangana Ranaut 'Nachne wali'. On this, Kangana wrote, "Whoever this fool is does he know I am no Deepika Katrina or Alia.... I am the only one who refused to do item numbers, refused to do big hero ( Khan /Kumar) films which made entire Bullywoodiya gang men +women against me. I am a Rajput woman I don’t shake ass I break bones." 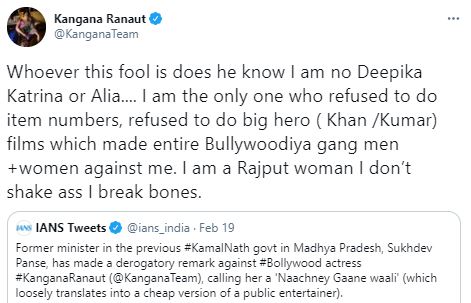