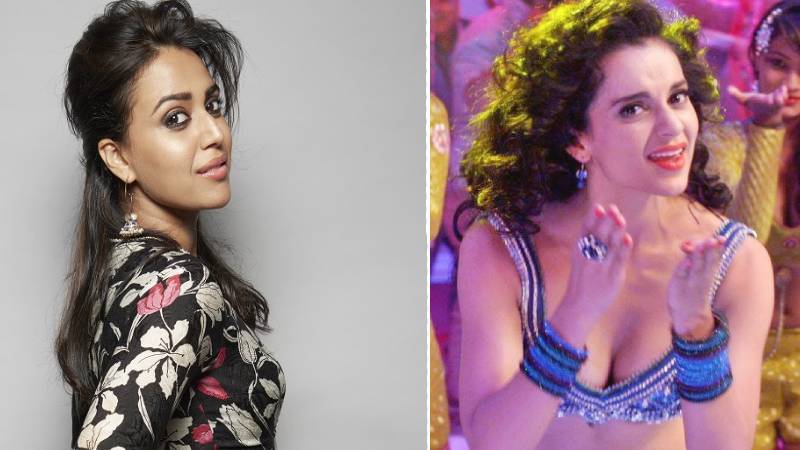 Last week, Bollywood MLA Sukhdev Panse made a controversial comment on Bollywood actress Kangana Ranaut. Panse called the actress a woman who dances and sings (Nachne Wali). After which Kangana hit back at the MP and described him as 'stupid'. Now Kangana got the support of Bollywood actress Swara Bhaskar on this, but at the same time, she said something that is now going viral.

In a response to Panse, Kangana had written, "Whoever this fool is does he know I am no Deepika Katrina or Alia.... I am the only one who refused to do item numbers, refused to do big hero ( Khan /Kumar) films which made entire Bullywoodiya gang men +women against me. I am a Rajput woman I don’t shake ass I break bones."

Following this, Swara wrote, "Sukhdev Panse said a stupid, sexist and totally condemnable thing.. Kangana.. you made it worse!"

Swara in another tweet took a jibe at Kangana and shared her item number song from the film Rajjo. Taking a jibe Swara wrote, "Loved your dancing in this ‘item number’ in the film Rajjo.. you are a great performer and great dancer Kangana.. looking forward to your next!"

Now, it will be interesting to see how Kangana counters Swara Bhasker's jibe at social media.