Kangana wrote a lengthy post in which she stated that women are worshipped in the scriptures and that considering them as a "wonderful source of existence" is not bad. 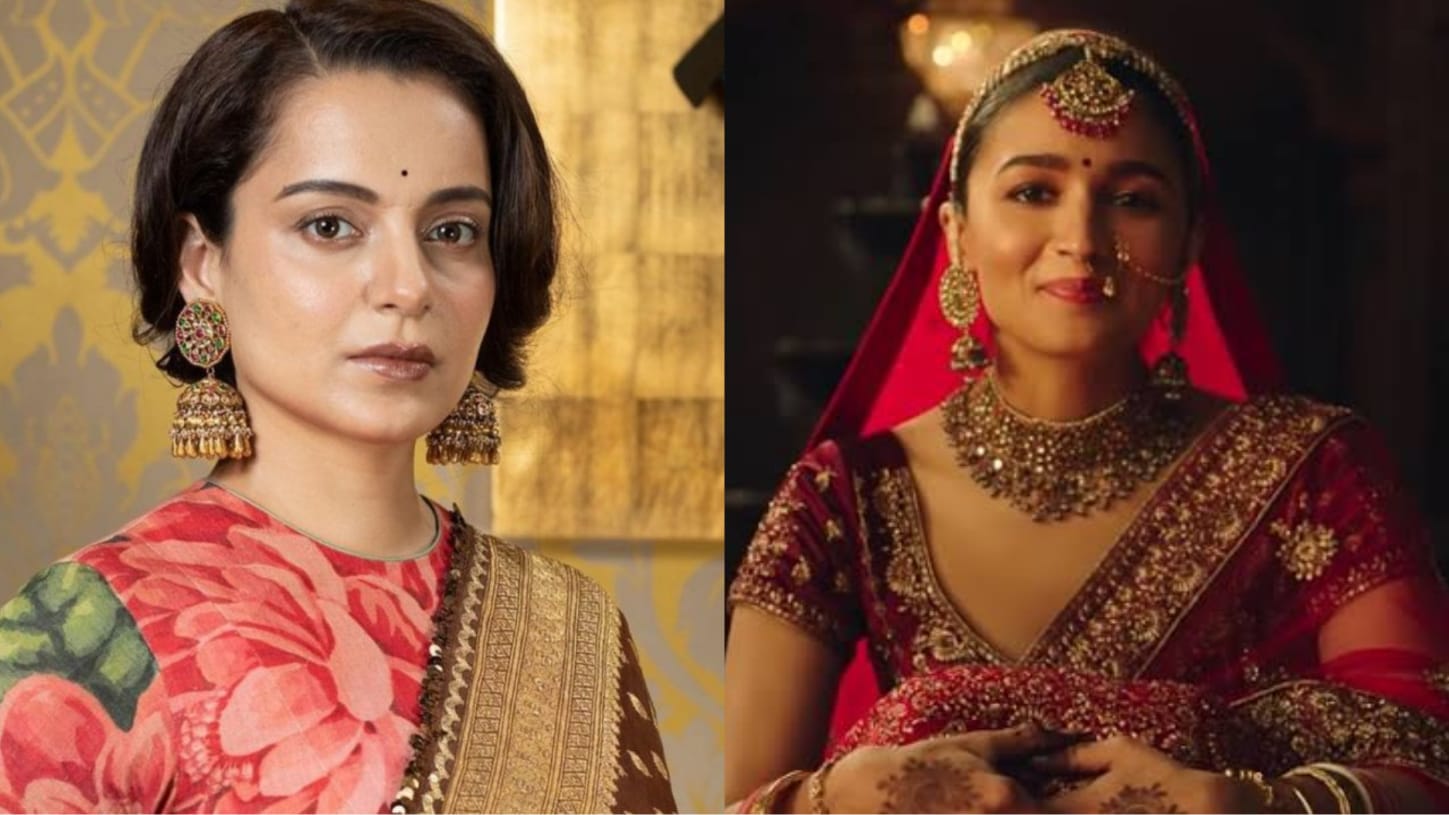 Bollywood’s controversy queen, Kangana Ranaut has once again made headlines, this time for objecting to Alia Bhatt’s new bridal advertisement which questions the tradition of ‘kanyadaan’.
In the advertisement for a bridal wear brand, Alia portrayed a bride who doesn't agree with the tradition of kanyadaan (giving one's daughter away) at Indian weddings. This ad had already created controversy, making Kangana jump into the debate. She turned to Instagram to urge brands not to use religion in their advertising to manipulate "naive customers."
Kangana wrote a lengthy post in which she stated that women are worshipped in the scriptures and that considering them as a "wonderful source of existence" is not bad.
“Humble request to all brands ….. don’t use religion, minority, majority politics to sell things …. Stop manipulating naive consumer with shrewd divisive concepts and advertising,” she captioned the post.
She also asked people to refrain from mocking Hindu traditions. “We often see a martyr’s father on television, when they lose a son on the border, they roar ‘Don’t worry, I have one more son, uska bhi daan main iss dharti Maa ko dunga. Kanyadan ho ya putradan, the way society looks at the concept of renunciation shows its core value system.”

Also Read: Happy B’day Rimi Sen: When actress revealed she did Bigg Boss only ’FOR MONEY’- to earn much in short time

In the controversial ad, Alia playing the role of a bride is seen sitting on a mandap with her husband-to-be. She mentions each member of her family, grandmother, father and mother, and how much they love her. She, on the other hand, opposes the ritual of kanyadaan at weddings. Despite their love for her, she asks why she was always treated as the "other" and a temporary member of their family.
“Am I a thing that can be given away?” In her internal monologue, she wonders why only kanyadaan.
When her mother-in-law and father-in-law also give their son away, she is overjoyed. The couple marries, and everyone is happy.
Kangana Ranaut has previously spoken out against Alia and her work. She has frequently criticised her acting skills and referred to her as a member of the "nepo-gang." Kangana claimed she told Alia over the phone to "have a voice of her own" and accused her of being Karan Johar's "puppet" in an interview.
She described being compared to Alia as "embarrassing" and labelled her performance in Gully Boy as "mediocre."