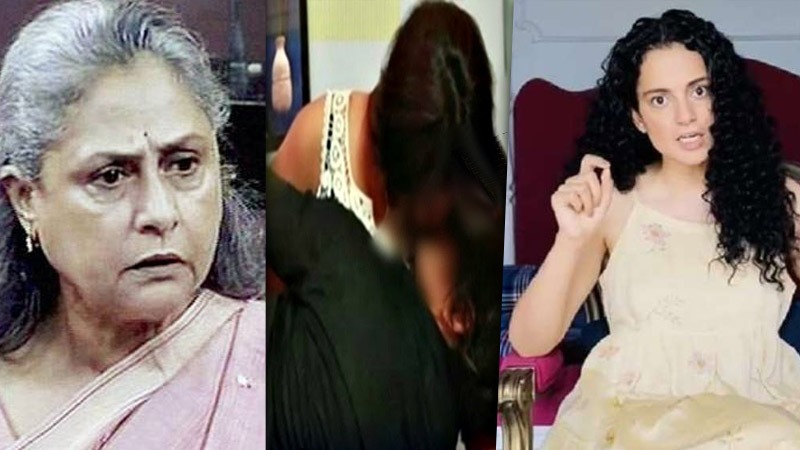 The majority of Bollywood hailed Jaya Bachchan's speech at the Rajya Sabha over the defamation of Bollywood. Jaya on Tuesday came down heavily upon BJP MP and actor-politician Ravi Kishan over his "drug addiction in the film industry" remarks in Parliament. Jaya gave a Zero Hour notice to discuss the issue of the film industry being defamed.

Now, Kangana has responded to the 'Thali' remark of Jaya Bachchan. Kangana tweeted in Hindi of which the English translation is, "Which plate has Jaya ji and her industry given? A thali was found in which two minutes of roll, item numbers, and a romantic scene were found. That too after sleeping with HERO, I taught the industry the feminism, the thali was decorated with nationalism, women-centric films, it is my own thali Jaya Ji, not yours. "

Also Read: "The way people are targetting Bollywood is not correct at all": Hema Malini comes in support of Jaya Bachchan