The actress put up a bold picture on Instagram and wrote, “Another day, another FIR... just in case they come to arrest, mood at home.” 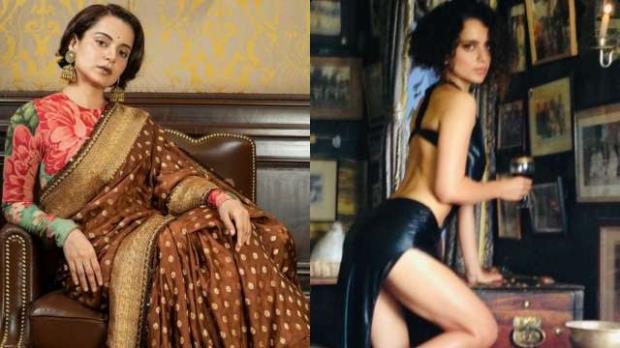 Kangana Ranaut and controversies go hand in hand and there’s no denying that. The actress is fearless and always speaks her mind without worrying about the consequences of the same. Recently, the Queen actress has been making headlines for comparing the Sikh community to Khalistani terrorists and an FIR was filed against her in regards to the same. The actress has finally broken her silence on it and in the most savage way!

Kangana is really active on Instagram and keeps sharing her views and ideologies on anything and everything under the sun. Kangana Ranaut took to her stories and shared a picture of herself wearing a sultry thigh-high slit skirt, holding a glass of wine in one hand, and captioned it, “Another day, another FIR… just in case they come to arrest me… mood at home"

Meanwhile, an FIR was registered on Kangana Ranaut’s name on Monday after she called the Sikh Community ‘Khalistani terrorists’ on her social media handle a few days ago. The complaint was filed in Mumbai’s Khar Police station by Amarjit Singh Sandhu who lodged allegations against the actress of disrespecting the religion and spreading hatred with her statements on social media.

It all started when Kangana Ranaut uploaded a story on Instagram and applauded Indira Gandhi for her actions. She wrote, “Khalistani terrorists may be arm twisting the government today. But let’s not forget one woman. The only woman prime minister ne inn ko apni jooti ke niche crush kia tha (The only woman prime minister crushed them under her shoe). No matter how much suffering she caused to this nation, she crushed them like mosquitoes at the cost of her own life. Lekin desh ke tukde nahi hone diye (but didn’t let the country disintegrate). Even after decades of her death, aaj bhi uske naam se kaampte hai yeh inko vaisa he guru chahiye (even today, they shiver at her name, they need a teacher like her).”