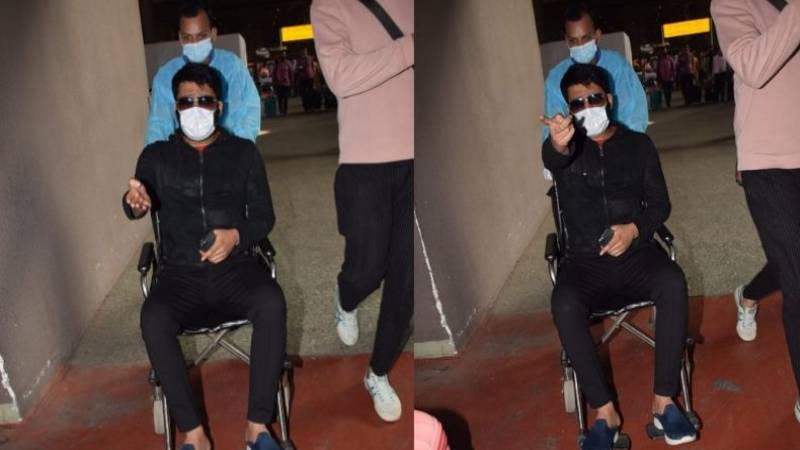 Ace comedian Kapil Sharma was spotted at the airport on Monday. However, during this time, the fans got nervous after seeing Kapil. Actually, Kapil appeared in a wheelchair and there was someone with him who was carrying him. The man was wearing a PPE kit. However, it is not yet known what has happened to him nor did Kapil himself explain why he is in a wheelchair.

After seeing Kapil in this condition, the fans are very upset about what has happened to their star. During this, Kapil did not react much by looking at the paparazzi. During this time, Kapil was wearing a track suit of black color and only masked black color.