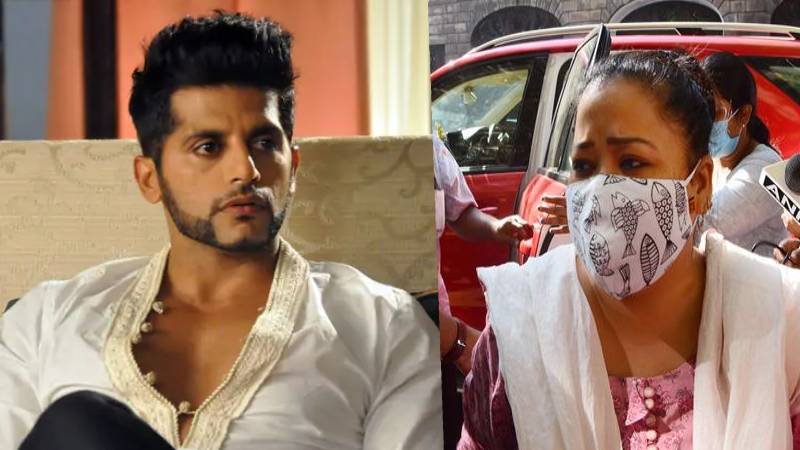 A Mumbai Court on Monday granted bail of Rs 15,000 each to comedian Bharti Singh and her husband Harsh Limbachiya in a case filed by the Narcotics Control Bureau, officials said here.

The Additional Chief Metropolitan Magistrate at Esplanade Court allowed the bail application of the couple - who were on Sunday remanded to judicial custody till December 4.

However, Bharti had to face a lot of criticism on social media as well as of other comedians. Comedian Sunil Pal had said, "I am shocked at the news. It is traumatic for me because I have seen Bharti become successful from nothing. I was the one who introduced her on the Great Indian Laughter Challenge and I saw how popular she got with her work. I was happy, she thought of me as a brother and greeted me with folded hands. She is a sanskari (cultured) and sweet girl. Even Harsh is a good boy. So how and where all of this started, what sort of groupism this is that is provoking her to take drugs, I am very shocked and sad."

While Raju Srivastava said, "Can Bharti or her husband Harsh do something like this? My heart is not ready to accept it. What is this? People love you so much, millions of people call you their idol, put your photos on their mobiles, hang them in their homes. They want to be like you and they have been tricked. What is the need to do all of this? It’s not like taking drugs will make you good comedians, or it will give you energy. I am so sad. I was here to defend her on your show, that our Bharti is not like that and that she is a pure artist. But now I see the news that Bharti has been arrest, she has confessed, the police got proof and confiscated ganja from her home. What is even happening? What kind of comedy is this? Where is our film world going?"

Now, finally, someone spoke in favor of Bharti Singh. Famous Television actor Karanvir Bohra slammed the trollers and people who are questioning Bharti Singh. Bohra took to Twitter and wrote, "Let the NCB do their job, and have some shame, don't speak about someone's talent like this, they have reached here with their own hardwork and gods blessings."