Kargil War is all about India’s great victory against Pakistan Army. As we would celebrate the 22nd anniversary of the Kargil War, let us know more about the historic event. 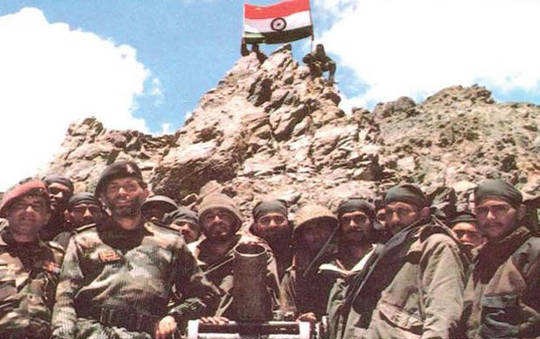 Kargil Vijay Diwas is celebrated in India to mark the victory of the Indian Army against the Pakistan Army in the 1999 Kargil War. The war was fought in the Kargil Sector of Jammu and Kashmir, India was on its “Operation Vijay.” The battle was fought for around three months and on July 26, 1999, India got the victory, bringing “Operation Vijay” to a triumphant conclusion.

Why Kargil War was triggered?

Since the Indo-Pakistan war in 1971, both countries have not engaged in a direct battle and have repeatedly tried to control the Siachen Glacier by putting up a military. In the 1980s military scuffled and the condition was worsened in the 1990s. The nuclear test conducted by India and Pakistan intensified the situation in 1998. But, in 1999 all actions and reactions were stopped as both the countries signed the Lahore Declaration and pledged to find peaceful solutions to the problems related to Kashmir.

But the agreement was not understood by the Pakistan Army and it secretly trained its troops to cross the Line of Control (or LoC) into India the same year. The goal behind this secret training was to cut off the connection between Ladakh and Kashmir, as well as to force the Indian Armed Force to leave the Siachen Glacier.

This interference by the Pakistani troops was not initially known by the Indian Army and they were misunderstood as jihadis. Soon, they recognized Pakistan’s attack strategy and Operation Vijay was started.

The Indian Army recruited more than 2,00,000 Indian troops to fight.

The war was declared soon, and Pakistan troops were having an edge as they were placed at a higher elevation than Indian soldiers. Because of their higher positions, the Pakistan army successfully shot down an Indian fighter jet.

Later, Pakistan requested the US to intervene in the war and respond, then US President Bill Clinton stated that if Pakistan wanted the US to intervene then it has to order its troops to step back from LoC. Some of the troops were evacuated and the remaining were attacked by the Indian Army and on the 26th of July, the Indian Army had retaken the peaks and the tricolour atop was hosted at the high altitudes.

Captain Anuj Nayyar: He laid down his life while battling at the Tiger Hill on 7th July 1999. He was posthumously awarded the Maha Vir Chakra.

Major Padmapani Acharya: He attained martyrdom on 28th June 1999 at the Lone Hill. He was awarded the Maha Vir Chakra for his heroic act of bravery.

Captain Vikram Batra: He was martyred on July 7th, 1999 while he was trying to rescue an injured soldier. He lost his life on Point 4875, which is now known as “Batra Top.” He was awarded the Param Vir Chakra, the highest Army award.

Rifleman Sanjay Kumar: He was caught by the enemy troops and was shot in the chest and forearm but he attacked despite bleeding profusely. It was because of him that the Indian Army was able to capture the Area top. He was awarded Param Vir Chakra.