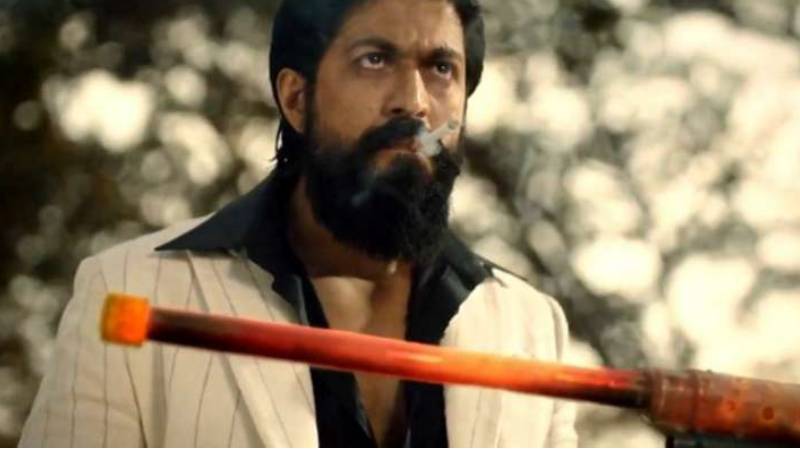 Ever since the teaser of the KGF Chapter 2 teaser dropped, people are not getting tired of talking about Kannada superstar Yash. The teaser of Kannada cinema superstar Yash's upcoming film KGF Chapter-2 is breaking every record on YouTube. Its teaser has been seen more than 145 million times in the last one week. KGF star Yash belongs to the Hassan district of Karnataka after tremendous fan following. His real name is Naveen Kumar Gowda and hails from a middle-class family. His father is a bus driver in the Karnataka State Transport Bus Service.

Now, KGF Chapter 2 teaser's most iconic smoking scene has caused a problem for the makers. Going by the various media reports, The Karnataka health department has issued a showcause notice to Yash, the lead actor of the film, who plays protagonist Rocky Bhai in the movie for the smoking scene.

Also Read: Kangana Ranaut to become 'Queen of Kashmir' in 'Manikarnika Returns: The Legend Of Didda'

The teaser shows a scene where Yash blows up a row of automobiles with a machine gun and goes on to light a cigarette with the barrel of the red-hot gun. As per the notice sent by the Karnataka health department, it is mandatory to display a warning on the screen with the caption "Smoking is injurious to health", but neither the teaser nor the publicity posters display any such message.

"Both the teaser and the posters encourage cigarette smoking," the notice stated. The notice also asks Yash to remove the teaser from social networking sites including YouTube. Now it will be interesting to know, what measure the makers will take as the teaser has already gone viral.