This Kartik Purnima is going to go down in memory as the fondest and most special one for all Kartik Aryan fans. 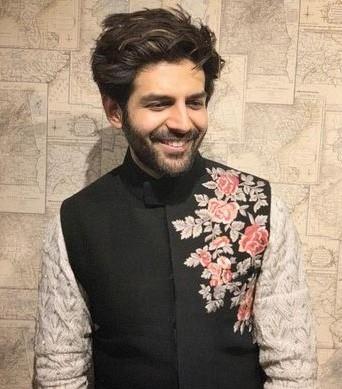 The country celebrates Kartik Purnima today, the end of an auspicious month of romance, love, in many ways. Also, the month where devotees perform various rituals in honor of Lord Vishnu, Vrinda, and Radha in various parts of India.
But today, this festival has just taken on a completely new meaning as hundreds of Kartik Aaryan fans have dedicated the day to the star, taking fandom to a whole new level. Their love and fandom have got #KartikPurnima trending and how on social media.

With his boyish charm and relatable appeal, it’s no surprise that Kartik is undoubtedly one of the biggest heartthrobs in the country, ever since his first film. And now, with a massive line-up of a plethora of heavy-duty films, Kartik’s stardom is set to touch newer heights. His film, Dhamaka, which has been released today, is being welcomed with rave reviews, catapulting Kartik’s career.
Such is the actor’s craze, especially amongst his female fan followers that #KartikPurnima has been trending all across social media with fans expressing their love, sharing videos, performing rituals, and even fasting on the occasion for him. And not just girls, but even young boys have celebrated Kartik Purnima with great vigor.

A fanboy of Kartik has kept a fast for the actor today while many other girls prepared some sweet delicacies for their favourite actor. Fans have shown their love on social media with a huge number of videos and messages for their favourite actor. Tweeted a fan along with a video, “Hey, Kartik Aaryan, I painted these cute bottles for you which lights up just like you light up our world कार्तिक पूर्णिमा.” Shared another die-hard fan, “We don’t need a day to celebrate you Kartik Aaryan but on this beautiful day of Kartik Purnima, celebrating it with this sweet sweet brownie. Hope I could share it with you.”

Fans also took to their social media platforms to delve into what they love about Kartik Aaryan. Shared a fan who is a football enthusiast, “Football copy: Kartik Aaryan you are my idol, and when I got to know that you love football as much as I do, my happiness was roof high! Happy कार्तिक पूर्णिमा ”

Fans of Kartik Aaryan gave Kartik Purnima a whole new meaning as they dedicated the festival to him, sending love and wishes to the Dhamaka actor.