Many places in Kerala recorded over 5 cm of rainfall within 2 hours, attributed to 'mini-cloud burst event'. 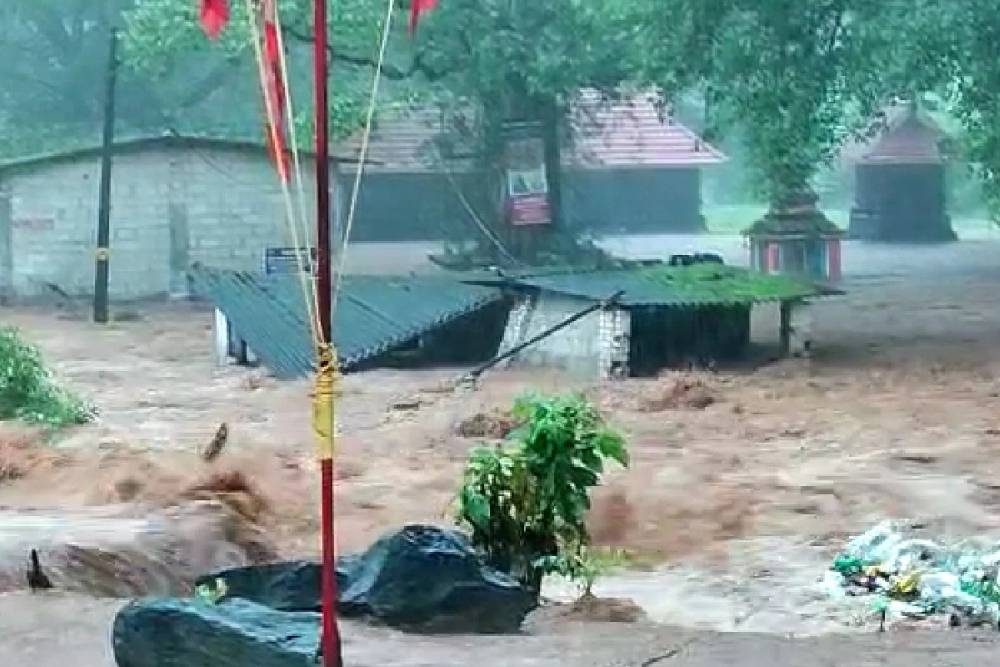 Heavy rains in Kerala have triggered landslides in Idukki and Kottayam districts killing six people. Other districts such as Pathanamthitta, Kottayam, Ernakulam, Idukki, Thrissur and Palakkad have been put on red alert, while an orange alert has been announced in six districts -- Thiruvananthapuram, Kollam, Alappuzha, Malappuram, Kozhikode and Wayanad following a downpour on Saturday.

Meanwhile, Lord Ayyappa devotees have been directed to avoid visiting the Sabarimala shrine today and tomorrow.
Rescue operations have begun and people are being moved to safer places.

“A trough lies over southeast near East Central Arabian sea which could bring isolated heavy rainfall in some parts of Kerala in next 24 hours and it will subside further,” IMD said.