‘Khoya Paaya’ song from ‘Dhamaka’ is music to the ears 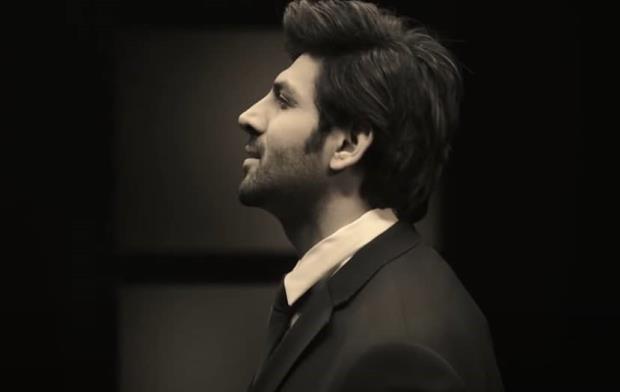 The song showcases lead actor Karthik Aaryan with a sense of self-reflection in monochromatic visuals for the larger part of the song as events from his character flash in front of him. The actor took to his Instagram to share the song. He wrote, “Khoya Paaya tune kya.. Jeena tha tab jeeya nahi Ab jeene ki vinti kare

‘Khoya Paaya’ is composed, produced, and arranged by Vishal Khurana. Amit Trivedi and Delraaz Bunshah have lent their voices to the song while the lyrics are written by Puneet Sharma. While Ram Madhvani has directed the film, Bejoy Nambiar has directed the track with ace cinematographer Ravi Varman capturing the songs in beautiful frames.

The track sums up the film’s message that raises an important question of how far one is willing to go for their dream. Kartik, who has ventured into the space of action thrillers for the first time, will be seen as a news reporter in the film. Mrunal is also seen with Karthik in this flashback. The special thing is that this song has been shot in black and white. Karthik has released the song by sharing the post on his Instagram.

Sharing the post, the actor wrote the caption, "Khoya Paya Tune Hai Kya... Had to live than didn't live, now pray to live…. At the beginning of this song, Karthik is seen standing in the dark. Also, some memories are seen going on in the flashback.

Karthik has so far appeared in romantic comedy films. This could prove to be the turning point for his career. This is a political thriller drama. This film will be released on Netflix on November 19. Karthik has prepared a lot for his role. In Dhamaka, Kartik steps into the role of an eccentric former news anchor who receives a dreaded call on his radio show and gets a chance to return to his career. But for this, they have to pay a big price. Mrunal Thakur will also be in the lead role along with Karthik in this film. Mrunal will play the role of Karthik's wife and reporter.

The film directed by Ram Madhvani of ‘Neerja’ fame, is all set to stream on Netflix from November 19.