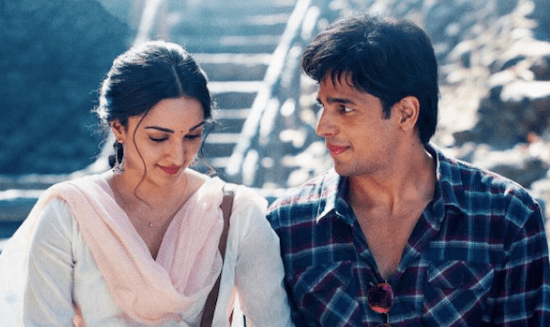 Kiara Advani, a Bollywood actress, will play Dimple Cheema, Capt Vikram Batra's fiancee, in the forthcoming war film Shershaah, which tells the narrative of the famous military hero who was martyred during the 1999 Kargil War. Kiara revealed in a recent statement that everyone on set was teary eyed the day they shot the funeral sequence.

Kiara revealed that the burial sequence was shot at Palampur, the exact location where Batra's funeral was held all those years ago. Kiara had previously told filmmaker Vishnu Vardhan that she would only do one take for the sequence because of the scene's emotional depth.
“I told Vishnu Sir that I would just do one take. To capture the emotions, he chose to take my close-up photo first. I could hear sniffles all around me while the camera was on me because the entire crew, including the junior artists and all other co-actors, were all teary-eyed, even though they weren't supposed to cry.
Also Read: ‘Shershaah’: When Kiara Advani Met Captain Vikram Batra’s Fiance Dimple Cheema
We all felt great appreciation for Captain Vikram Batra's sacrifice; it didn't seem like we were performing; it felt like we were reliving July 11th, 1999,” she remembered.
Vishal Batra, Vikram's twin brother, was also on set that day, according to Kiara. “When Captain Vikram Batra was martyred, the whole city and town came from all around to pay their respects at his burial.
Also Read: Raj Kundra’s release will send wrong message to society, says cops opposing bail in Pornography case
Dimple did not marry after Captain Batra was martyred. Vishal Batra arranged for Kiara to meet Dimple in Chandigarh to prepare for her role in the film. “It was really nice because it was just the two of us."  I was in Chandigarh for another project when we met, and it was all thanks to Vishal Batra.
There was no one else in the room as she talked, and all I did was listen. She reminisced about all of her recollections and their occurrences. Writing letters, making trunk calls, that was how things were back then.”
The chemistry between Sidharth Malhotra and Kiara Advani has already pleasantly surprised the audience. The trailer for Shershaah, which was recently released, has wowed the public. For a long period, the film sat in the release lobby.
From August 12, it will be available on Amazon Prime Video.