On Thursday, West Indies won by 21 runs and Kieron Pollard was the ‘Man of the Match.’ 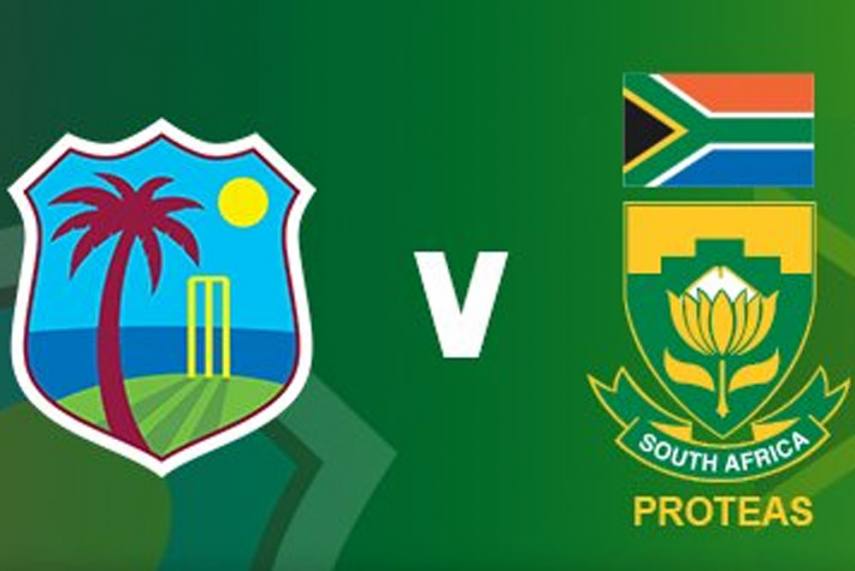 In the 4th T20I match West Indies defended the score of 167 runs and locked the five-match series at 2-2, now the fifth and final match of the series, on Saturday, would be the decider.

All the big names in the team took responsibility on Thursday. Captain Kieron Pollard was the top scorer with 51* runs, Dwayne Bravo gave his career-best figures of 4 for 19 and Chirs Gayle caught two splendid catches and wicket on the first ball was the icing on the cake.

The tossed coin flipped in the favour of South Africa and it decided to bowl first.

West Indies posted a score of 167 runs for 6 wickets in their 20 overs inning.

After the West Indies batting was slowed down because of South Africa’s twin spin threat of left-armers George Linde and Tabraiz Shamsi, Pollard took the command and smashed 51 runs from 25 balls, with the help of five sixes and boosted the West Indies’ score.

The West Indies’ inning was started by opener Lendl Simmons who gave his team a strong start by scoring 47 runs in 34 balls but the same, as previous three matches, happened in this match as well the first five batsmen struggled due to the spin pair, which has taken 11 wickets at the economy rate of 5.5 per over in the series.

Then the pair of Pollard and Fabian Allen, who scored 19, entered on the field, and attacked seamers in the death overs of the game, maintained an unbeaten seventh-wicket partnership and put a score of 66 runs in 27 balls.

West Indies restricted the opponents at the score of 146 runs of 9 wickets in 20 overs. The inning was started by Quinton de Kock and Reeza Hendricks. Opener Quinton de Kock was the only player who crossed the mark of 50 runs with the help of six fours and two sixes. South Africa’s seven players scored less than 10 runs and were back in the pavilion.

The second scorer of South Africa was Aiden Markram, who scored 20 runs out of 20 balls.

West Indies’ change of pace from their seamers proved to be a game-changer. Dwayne Bravo used his guile and tricks for career-best figures, he took four wickets in his bowling spell of 4 overs. Keiron Pollard was forced to bowl for four overs as spinner Allen injured his soldiers while trying to stop a boundary. Pollard, Chris Gayle and Obed McCoy took one wicket each and Andre Russell sent two South Africa players to the pavilion.

West Indies’ first wicket was down at the score of 27 runs. The best bowler of the South Africa team was Tabraiz Shamsi who gave 13 runs in four overs. George Linde and Tabraiz Shamsi took two wickets each and Anrich Nortje and Kagiso Rabada took one wicket each.