Jagmeet Singh is Canada's most popular national politician, having a following of devoted supporters on social media. He has established himself as a powerful figure who is likely to become Prime Minister. 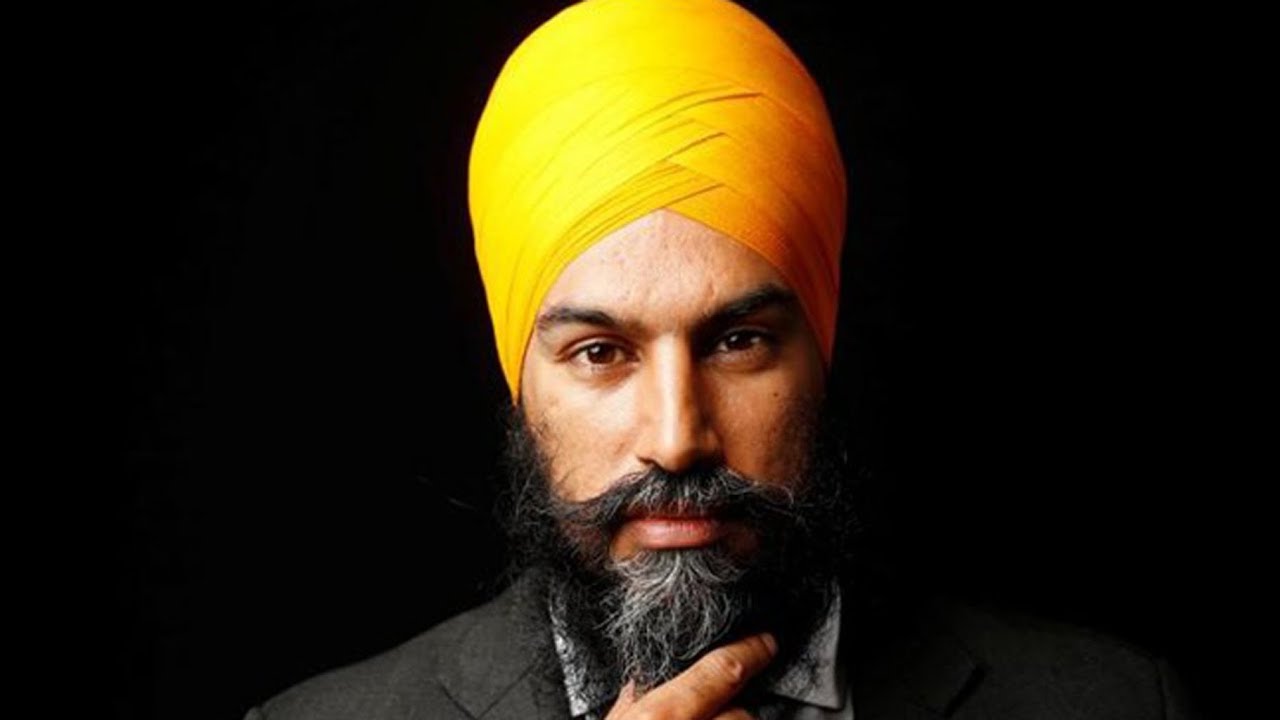 On September 20 (Monday), Canadians will elect the country's 44th parliament, concluding just over five weeks of campaigning in which federal party leaders pledged to combat climate change, address a worsening housing crisis, and stop the COVID-19 pandemic.
Along with Liberal Party’s Prime Minister Justin Trudeau and the Conservative Party’s Erin O'Toole, Jagmeet Singh of the left-leaning New Democrats has been giving tough fight with approximately 20% of the support.
Jagmeet Singh is Canada's most popular national politician, having a following of devoted supporters on social media. The leader of the progressive New Democratic Party (NDP) has established himself as a powerful figure who is likely to become Prime Minister.
Political career
Jagmeet Singh is the leader of Canada's left-leaning New Democratic Party (NDP), which has the fourth-largest number of seats in parliament.
In 2017, the 42-year-old Punjab origin politician won the party leadership, making him Canada's first visible minority leader. Singh served as the Ontario NDP's deputy leader before being elected to the Burnaby South seat in British Columbia in 2019.
His political career began in 2011 when he was elected to the Ontario Legislative Assembly, representing Bramalea—Gore—Malton until his election to the federal government in 2015.

Poll promises
The New Democratic Party advocates a $20 minimum wage for all federal employees, as well as ten days of paid sick leave. Singh recently slammed Trudeau for pledging paid sick leave during the election campaign but failing to implement it while in power.
To address the climate issue, the party has committed to cut carbon emissions by half by 2030 as well as create more than a million “good jobs” as part of a move that includes the construction of “green infrastructure” in communities around the country.
On Indigenous rights, the Jagmeet Singh's party has proposed developing a First Nations justice and policing strategy to address the disproportionate representation of Indigenous people in Canada's prison system, as well as promising to fully implement the 94 Calls to Action of the Truth and Reconciliation Commission.
To help stop the global pandemic, Singh and the New Democrats favour waiving intellectual property rights for COVID-19 vaccinations and technological transfers.
Unique poll campaign
The 42-year-old NDP leader is aiming to embrace a new way of doing politics as he campaigns for upcoming snap elections. He also seeks to attract young people who helped Prime Minister Justin Trudeau win office by extensively relying on social media.
"People, where are they? They are on social media. I try to use all possible tools to connect with them," Mr Singh explains.
"With his presence on social media, Singh epitomises the youthfulness and winds of change that aided Trudeau a few years ago, and what sets him different from the others is his usage of TikTok," says politics professor at the University of Winnipeg, Felix Mathieu.

Former Lawyer
Before entering politics, Singh worked as a criminal defence lawyer in the Greater Toronto Area, first at Pinkofskys and subsequently at Singh Law which he co-founded with Gurratan.
Singh gave free legal rights seminars across Ontario and pro bono legal advice to people and community organisations in need during his career as a lawyer.
Early life
Singh was born in Scarborough, Ontario to Harmeet Kaur and Jagtaran Singh on January 2, 1979. His mother is from Punjab's Ghudani Khurd, and father is from Thikriwala.
He spent a year in India as a toddler with his grandparents before moving to Windsor, Ontario with his family.
Singh has spoken out about being sexually abused as a child and having an alcoholic and abusive father.
In 2001, he graduated with a Bachelor of Science in biology from the University of Western Ontario, and in 2005, he graduated with a Bachelor of Laws from York University's Osgoode Hall Law School. In 2006, he was called to the Ontario bar.