Back in 1950 India sealed a berth for the FIFA WC in Brazil, but AIFF missed on that historic opportunity over the Olympics 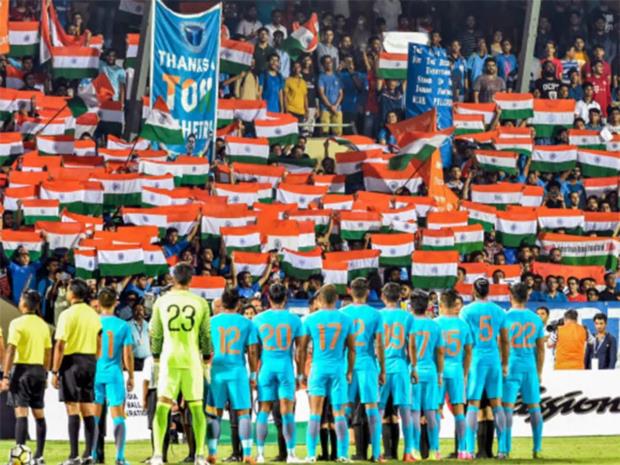 Indian football has come a long way since it embraced the mighty subcontinent almost a century back. Club footballs, franchises, the past decade has seen a catastrophic change in the face of the world’s most desired game.

Although it never earned the respect it deserved neither in Asia nor on the global stage. On the one part, this FIFA World Cup beginning later this week in Qatar will be the same for any Indian football fan. India is yet again not part of it.

The story always has remained the same, a qualification failure followed by reconciliation by the stakeholders of the game, and in a matter of months, probably weeks things take the backstage and the rest of the country remains a meager spectator of the game unfolding before them in the form of leagues and the national side vying for the ultimate glory.

But what has been a point of crisis for the game in India is that in 90 years of the game’s biggest battle India hasn’t been a part of it even once, however, by the virtue of opponents missing participation India got a berth in 1950 WC in Brazil but didn’t participate.

Back in 2006, then FIFA President Sepp Blatter described India as a ‘sleeping giant’ in the world of football. This was true to a significant level with a population of 1.3 billion and this still remains a fact even after 16 years since we received this tag India has a football-playing nation but has a long way to go before we earn the status to play in FIFA World Cup.

In this segment dedicated to the dim past of India’s Football with regard to FIFA, we shall visit all those factors that collectively stand responsible for India’s position in the World of Football today.

Apart from Cricket the status of all the other sports significantly remains the same, although the franchise-based leagues for Kabaddi, Football, Badminton, and other sports might have played a role in enhancing their value among the fans the fact remains the same in this regard.

Fans of almost all sports can be said to be seasonal in this regard, some major breakthrough or success in the Asian Games or the Olympics drives fans’ attention toward the game or athlete.

In Football the fan base is largely restricted to pockets in different parts of the country, the major stronghold is observed in the Southern part of India precisely Kerala, in West Bengal that too a few major cities, a little in the Western coastal states, and a fair section in the North-Eastern part of the country. The major parts of the nation and the rest of North India don’t have that craze for the game.

Lack of infrastructure and long-term vision are two of the biggest factors hampering the growth of football in India. India lacks infrastructure for football. It is shameful that few of the biggest clubs in India don’t have proper training and medical facilities. It is definitely a failure of AIFF. There are less than 10 stadia of international standards which is very less considering the size of India.

Promotion of the game:

Among the major concern that lies today regarding the status of the game in our country and an extremely poor ranking on FIFA’s index is the lack and failure of the promotion of the game at the different levels.

AIFF needs to play a proactive part in that regard in bringing all the major stakeholders with promoters, brands, and celebrities to uplift the status of the game by running the program at the lowest possible level to nurture the talents for the greatest good of the country in Football.

The apex body has failed in promoting the game by far. It is the major reason that ISL is more popular than the I-League. ISL might be an essential force to drive the game ahead but it is not the ultimate solution and development for the players.

Most of the clubs don’t have world-class training facilities and their training remains restricted up until the season ends, which is a mere 3 months in the entire year.

The coming of the National League (now I-League) in the mid-1990s made these events, including the Santosh Trophy for the national championships, unfashionable. But, with ISL coming into being the importance of the small clubs diminished as the focus got diverted towards it, and has the ISL solved the purpose by far is a big point to ponder.

Undue intervention in the game’s administration:

Recently AIFF suspended FIFA owing to interference in the governance which violated the latter’s statutes and policy, although the ban was lifted, that move has caused a huge dent in the reputation of the country and has exposed how things stand in place for the sports in the country and how far do we need to go.

Due to this ban, India could have lost the women’s under-17 World Cup, and above all the undue interference of politicians is one of the major and most reasons why India is not playing FIFA World Cup.

It has only once when the Indian football team qualified for the FIFA World Cup when it was scheduled in Brazil back in 1950 just because all of its scheduled opponents withdrew. However, the All India Football Federation (AIFF), the apex body of football in India, could not send the team to play, missing a historic opportunity.

The AIFF considered the Olympics to be more prestigious, the host nation Brazil even offered to sponsor the team’s travel but the AIFF didn’t see this as worth sending the team through the ship, besides citing “disagreements over team selection and insufficient practice time,” as other major reason behind the call, that cost us our first FIFA appearance.